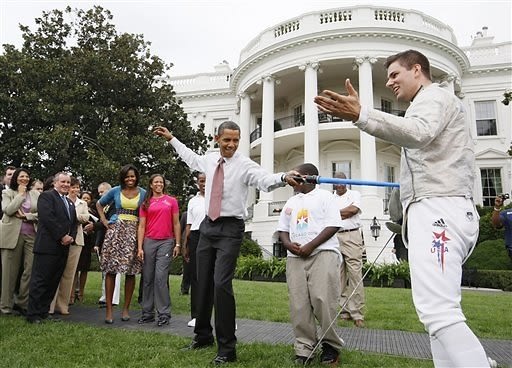 GofG's Tim Morehouse fenced with the President yesterday. You know, no big deal. Tim traveled to DC yesterday as part of Chicago's Olympic Games bid, where he met both the President and the First Lady. President Obama joked that Tim (who is an Olympian himself) could give him some fencing pointers, but judging from the looks of this picture, he definitely held his own! Check out Tim's personal account of the day here. More photos from the event below. 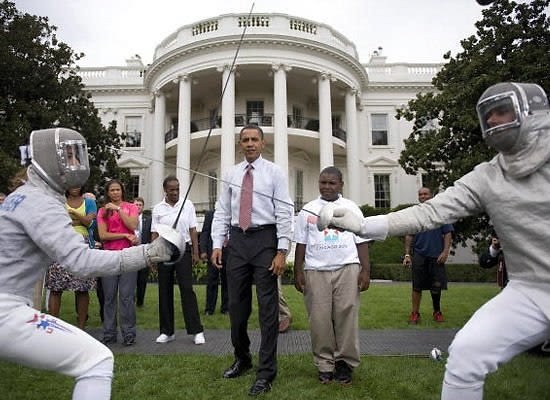 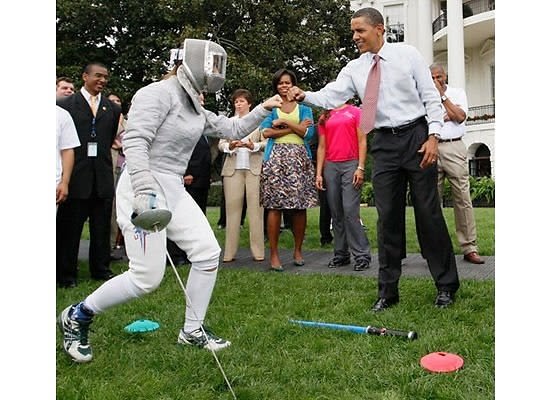