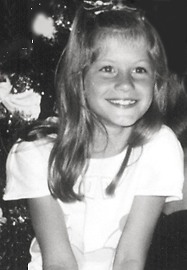 Ok, so this woman is technically a model, but we think models are socialites by default these days, especially ones who are as frequent fixtures at The Met Gala as this one is. She was a pretty cute kid, but who knew she'd grow up to be widely regarded as the hottest woman on earth? -- 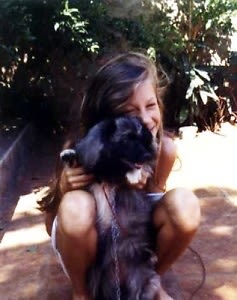 Little Gisele Bundchen rocked the same scrunchie and shorts look we did in 1990, but she's pretty much surpassed us since then. She looks pretty cute with that puppy though--she's still crazy about dogs, and happily chatted about her current ones in the April 2010 issue of Vogue.

What did Gisele's husband, Tom Brady, look like as a young kid?  Judging by his Freshman Yearbook picture, he looked...pretty average, actually.

He spruced up a bit by the time he was a senior, 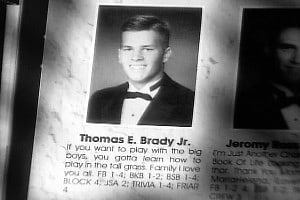 but there's still nothing to indicate that young Gisele and young Tom would grow up into the hurts-to-look-at-them-gorgeous power couple that they are today. 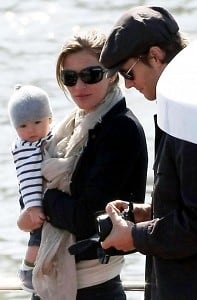 Benjamin Brady, we envy your genes.

[Photos via, ModelCouture, and WBZ Tv]

[Before They Were Socialites]

Tom Brady• Gisele Bundchen• Before They Were Socialites• Benjamin Brady