Spotted: Last night Tinsley Mortimer headed out to the Broadway Show Rock of Ages sans Prince Casimir. However, she wasn't alone for long. A tipster just sent in these exclusive photos of Tinsley getting cozy with Constantine Maroulis, the ex-American Idol contestant turned Broadway star.

UPDATE: New reports tell us that Tinsley and Constantine were spotted getting cozy at 1Oak late into the night last night. They left holding hands past Kellan Lutz's table.

Here's what our tipster says:

"Last night Rock of Ages heated up with one girl who went by herself to the show. After meeting at Touch night clube, Constantine invited her to come see his show. She was seen singing and dancing through out the production. This girl is changing! She hiding out from Park Ave, left the Prince sitting alone on his thrown and went undercover to meet an American Idol. This was a legit date. They are really cute together. First time we've seen Tinsley laughing and letting herself go."

The two were together earlier this week when Constantine showed up the Akvinta Vodka party Tinsley was hosting. 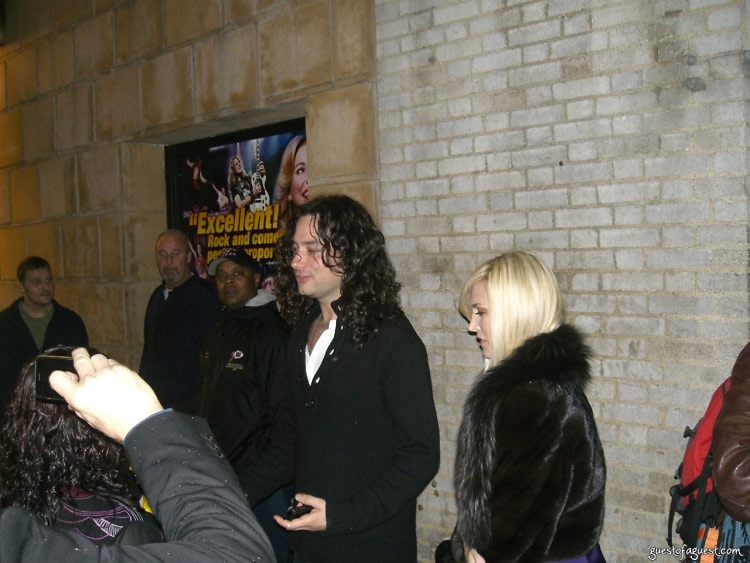 [Best $2k I Ever Spent! An Evening With Tinsley Mortimer]