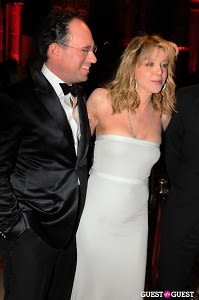 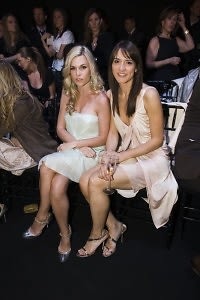 Back in 2007, Tinsley Mortimer owned Patrick McMullan.com. If you opened that site from September to June, you could be sure to see Tinsley's demure face smiling back at you on at least 5 of the albums, whether sitting front row at Fashion Week or dancing the night away with Topper at a gala.

Courtney Love, however, was not on top of her game in 2007. She'd recently gotten out of rehab (with help from Mel Gibson, no less...), and was making tabloid covers with her startling weight loss. But most shocking of all, Courtney angered Nirvana fans the world over when she decided to hold a Christie's auction to sell all of Kurt Cobain's things. She said at the time:

"[My house] is like a mausoleum. My daughter doesn't need to inherit a giant hefty bag full of flannel fucking shirts....A sweater, a guitar and the lyrics to 'Teen Spirit'--that's what my daughter gets. And the rest of it we'll just fucking sell."

Flash forward to 2010, and while Frances Bean may have yet to forgive Courtney, New York Society seems to have gotten over it. Where as Tinsley seems to have been relegated to a few pictures and mentions in passing, Courtney Love has been painting the town red lately, sitting front 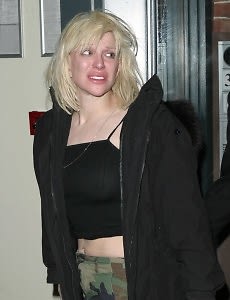 row at Fashion Shows, partying at the hottest clubs, and perhaps most tellingly, getting tons and tons of pictures on PMc.

It seems like we write "New York is cyclical" once a day on this site, but it's so true. In 2007, Tinsley was the Park Avenue Princess, and Courtney would never have gone to Society Benefits. Now, Courtney is showing up to the New Yorkers For Children Benefit (on the arm of Andrew Saffir, no less), accumulating 26 PMc pictures of the event, while Tinsley, who lost credibility after the trainwreck that was High Society, garnered a paltry 10.

The Patrick McMullan pictures say it all:

Courtney attended the Dom Perignon Party and the New York Times T Magazine Party, Tinsley attended the Marchesa Dinner (only photographed once) and an after party for W Hotels. Courtney is pictured giving Oliver Stone a kiss at the premiere of Woody Allen's film, Tinsley is pictured in an exaggerated Baby Doll dress (not too far off from what she's normally pictured wearing) for Richie Rich. Tinsley, pictured with MILLY designer Michelle Smith is trumped by Courtney, arm and arm with Marc Jacobs at his show. Courtney, hanging out at

a booth in Don Hill's, Tinsley, briefly on the red carpet at Lavo before heading home.

And perhaps most tellingly, Courtney, at the re-opening of the Boom Boom Room, flushed and happy, being hoisted in the air by Lance Bass and a cheery Patrick McMullan himself. And Tinsley...where was Tinsley? 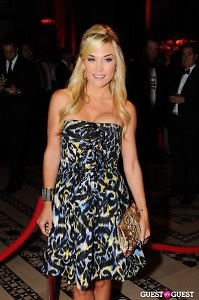 Home and happy with her boyfriend, Brian Mazza, probably. The thing is, Tinsley, while keeping a low profile, actually seems more content than we've seen her in a while.

And so it looks like Courtney Love, tattoos and all, will act as New York Society Darling for 2010, while Tinsley takes a backseat.

But don't count the Tinz out just yet. As we say, New York is cyclical....