Wow, there you have it.  The Socialite phenomenon looks to have officially peaked around June of 2007 and has steadily declined ever since.  But what might be more interesting about this graph, however, is that the first major hedge fund to succumb to the subprime credit crisis (that has been wreaking havoc through the markets to this day) was Sowood Capital in July of 2007.

Now let's take a look at the Dow Jones Industrial Average over the past 4 years.  The plot seems to thicken as the Dow also peaked in the middle of 2007 around June/July and has as we know declined ever since. 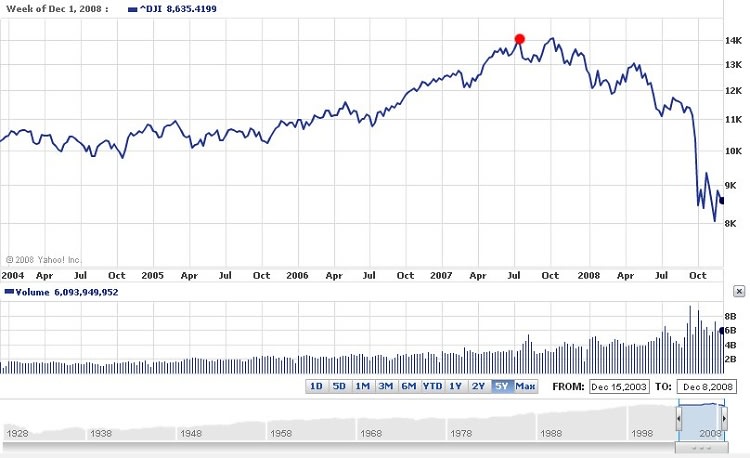 Ok, now let's get further confirmation by looking at the S&P 500. 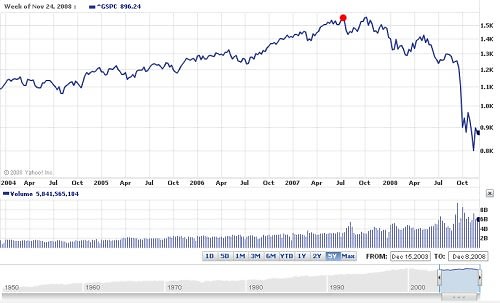