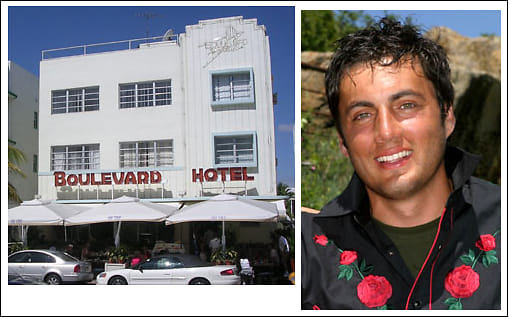 Fabian Basabe has recently been popping up all over the place. So, we decided to do our own research on the has-been socialtard. We found just what was suspected, Fabian Basabe, male socialite and purported rich boy cast member of the E! show "Born Rich" is anything but rich. He originally tried to portray himself as the son of an Ecuadorian telephone tycoon, his wikipedia entry says he is the son of Restaurantuer, and he has layed claim to owning the 2 star Boulevard Hotel in Miami. Well none of these a true. In fact Mr. Basabe Sr. appears to serially go Bankrupt. In 1998 he filed for Chapter 7, in 2002 he filed for Chapter 13, in 2004 he filed for 7, and in 2006 he filed for Chapter 11 bankruptcy involving the Boulevard Hotel, due to massive losses in Basabe's parent company 740 Ocean Drive, LLC.

Apparently Basabe's father had 3 mortgages out on the hotel to pay for it, and went belly up, forcing a 363 sale (for financially stressed businesses).

The litigation surrounding the sale is still ongoing, involving Fabian Basabe Enterprises Inc, 740 Ocean Drive LLC, and Fabian Basabe Sr. Any idea how Fabian plans on continuing to pay for his elaborte bottle service nights out? 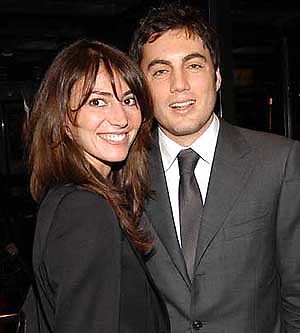 Well, he obviously was in preparations a long time ago. In October of 2005 he married Martina Borgomanero, an heiress to the La Perla lingerie fortune. And if that ever ends, he can always rely on his blog.