Musician Sir Ivan L. Wilzig's has been throwing parties in the Hamptons for years, but his shindig this past weekend seems legendary in the weirdest and most extravagant way possible. If you're like who is this and why should I care when I don't have a share house or a trust fund, just trust me on this. Giant, stuffed bunnies are involved.

Who Is Sir Ivan L. Wilzig:

He is a banker-turned-musician who creates techno mixes of '60's songs. He has a law degree from the Benjamin N. Cardozo School of Law at Yeshiva University but decided he hated law after practicing for just one year

He's eldest son of Siggi B. Wilzig; Auschwitz survivor, legendary financier and philanthropist – turned his back on his family’s multi-billion dollar banking business to reinvent himself as Sir Ivan and follow his dream of pursuing a career in music.

He  lives in a 12,000-square-foot castle known as the Playboy Mansion of the East Coast

You may have seen him as "Mr. Mitzvah" from the reality TV show Who Wants to be a Superhero? , Hopelessly Rich and in 2007 The Fabulous Life of the Hamptons. No, you didn't see him in these? Then how about on So lebt ein Milliardaer! ("Lifestyle of a Billionaire!") or the five-part mini-docu-soap Die Maedchen und der Milliardaer ("The Girls and the Billionaire")?

He almost died of belly button complications. He told Page 6 in 2010:

"I had a tear in one of my stomach muscles, so my 'inny' bellybutton became an 'outy.' I had it repaired in February. Four days later, I started feeling ill and I was rushed to intensive care. I had blood clots in my lungs, pneumonia and a rapid heart rate, and for a while I was a borderline case. I very nearly died."

See, the Hamptons isn't all about stuffy cocktail parties, and eating ivy, and wearing polo shirts and argyle. There are some seriously wacky party people. Sir Ivan threw a debauched party this weekend that could put anything in NYC to shame. 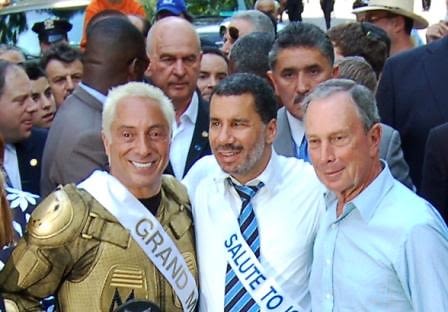 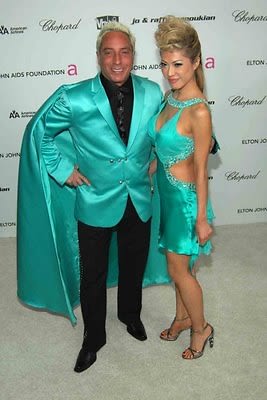 [via] Titled "Medieval Madness", the bash was held at his castle to celebrate his girlfriend Mina Otsuka's birthday. Guests were required to wear royal attire while performers scattered about. According to Gatecrasher there were :

"Archers, a Rapunzel whose 25-foot-long wig hung from a balcony, fire breathers, midgets dressed as trolls, two really tall guys pretending to be ogres and Dina Lohan. Oh, wait, she was a guest."

Page Six meanwhile, was off discovering:

"a black room with a large swing chained to the ceiling, a cage with handcuffs, shackles and a slew of giant, stuffed bunnies." 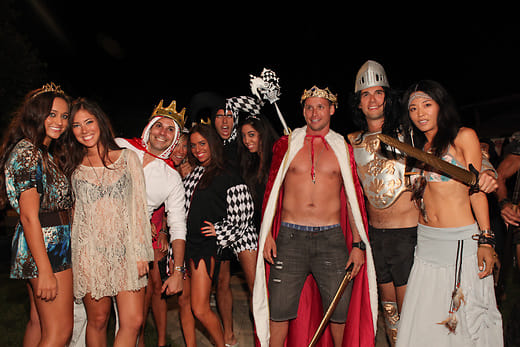