[Ah, I'm just so exhausted from this sun....snoooze] You've probably heard about Soho House's anti-Finance guy eugenics, a program instituted this summer banning suits and ties on the roof to engender a more "relaxed" atmosphere.  More recently, the club has tried to foster a more "artistc" vibe by bringing in real books into its quarters (not just book wallpaper!).  Curiously, however, they continue to tolerate socialites.  Namely, Jules Kirby, one of the more media friendly types who was recently arrested for filching a flag while drunk in the Hamtpons. Kirby has a proclivity to generating a constant stream of web updates, including her tanning activities on the Soho House rooftop, replete with pictures!  Another sizzling shot of Mrs. Kirby below (semi NSFW).

Tanning by the pool at Soho House until the storm comes in : ) 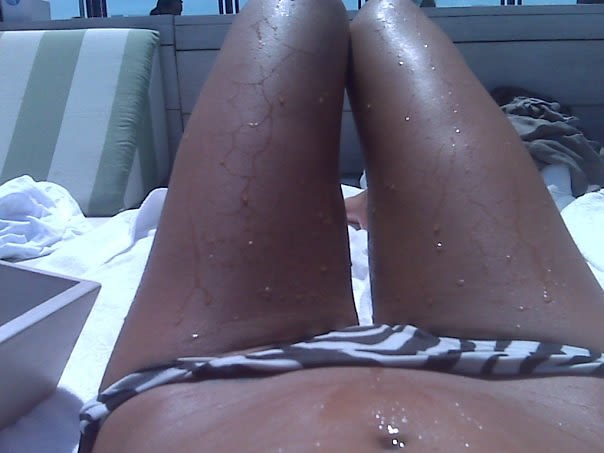