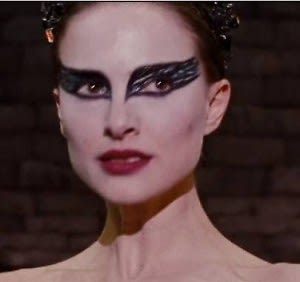 Golden Globe nominee Black Swan has been widely lauded as the best film of the year and is director Darren Aronofsky's most enthralling work to date. But what exactly went into Natalie Portman's transformation into the talented-but-unstable ballerina in Black Swan?

First, we need to acknowledge just how much an actor's mind, body and soul go into a given role. Natalie Portman studied dance until she was 13, but she was far from a professional dancer when she was approached to star in Black Swan. To prepare, she began getting herself into shape over a year before filming began, reportedly swimming a mile a day and ultimately losing around 20 pounds to get the "dancer's physique."

And while losing 20 pounds sounds impressive on it's own, that was only the beginning.

Six months before filming began, Natalie began a period of intense training, which involved spending around 5 hours in the ballet studio each day. Here she was both responsible for nailing her technique as well as learning specific routines for the film. It was exhausting work, and it didn't slow down when filming began either. Portman reportedly suffered a dislocated rib and a concussion on the set.

But with all the blood, sweat and tears, Portman's training has paid off. Now most of Hollywood discussing a possible second Oscar nomination for the 29 year old, and on top of that it seems that Black Swan is responsible for the actress' current relationship with her choreographer--principal dancer for the New York City Ballet, Benjamin Millipied.

So next time someone tries to tell you acting (or dancing) is a cushy lifestyle, you can let them know otherwise, but the sacrifice of mind and body is worth it for the love of the craft.

This post is brought to you by Fox Searchlight's Black Swan, in theaters now.