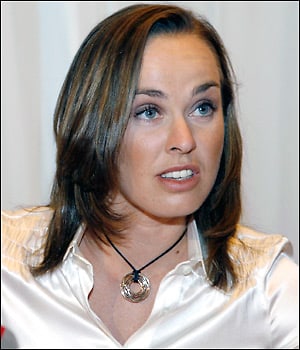 Martina Hingis has tested positive for the Colombian cold, aka Cocaine. But rather than fighting what she calls a "horrendous" accusation, the legend has chosen to retire.  Asserting her innocence, she said the following in a press conference:

"I am frustrated and angry," the 27-year-old Hingis said at a news conference in Zurich, Switzerland, her voice breaking as she fought back tears. "I believe that I am absolutely, 100 percent innocent...I find this accusation so horrendous, so monstrous, that I have decided to confront it head-on by talking to the press."

So this begs the question, if the accusations are so baseless, and she didn't take a bump why not fight the darn thing?