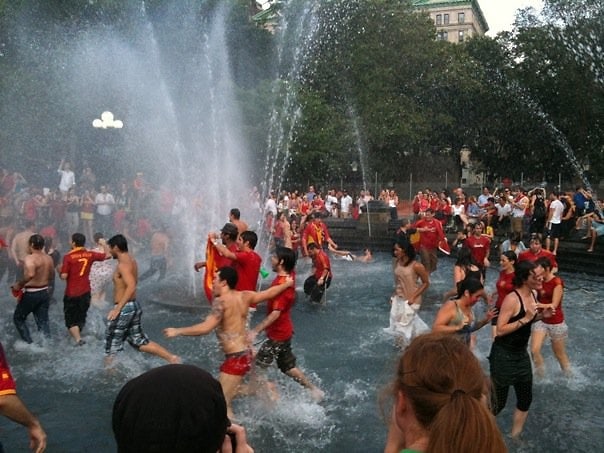 When Spain scored against the Netherlands in the last 10 minutes of overtime in the World Cup Final, earning them their first WC title, New York gave Madrid a run for its money in terms of impromptu celebrations. Ok, maybe we didn't quite match Madrid's excitement, but for a country that hasn't historically cared much for soccer, the hoopla after yesterday's game is pretty impressive.-

Down at Washington Square Park, excited fans of La Roja stripped down to their (red and yellow) boxers and ran amok in the fountain. Uptown, fans gathered at Columbus Circle and nearly stopped traffic with their "Ole, ole ole ole!"s. At Grand Central, Metro-North installed a large flat-screen so thousands of travelers and commuters could watch.

And now, sadly, what many consider to be the first World Cup to have really garnered American attention, is over. Paul the Octopus has retired, and it will be another four years before the hundreds of different nationalities in New York City will unite to cheer for each other.

See you guys in Brazil? 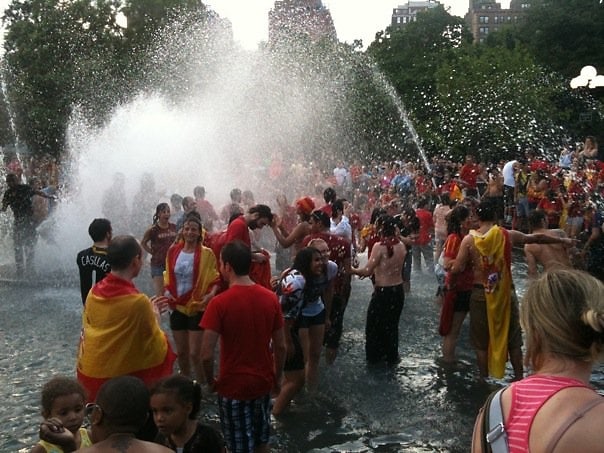 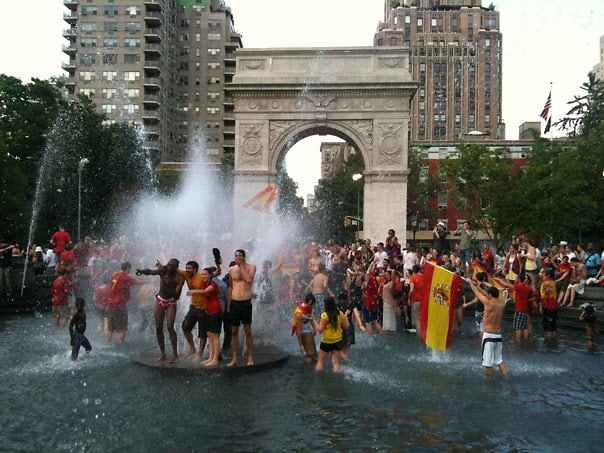 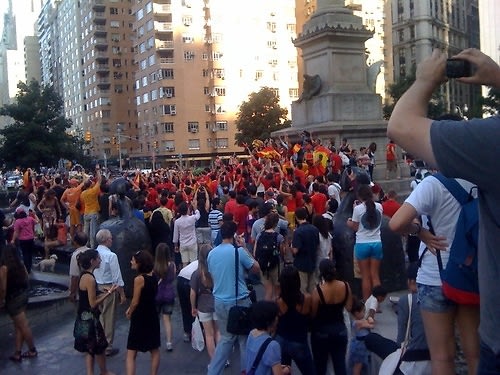 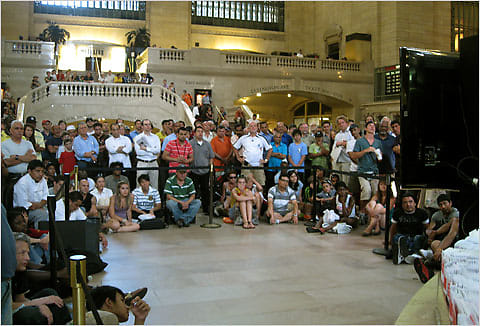