Conversations will soon turn on to the U.S. Open. The arrival of tennis stars has been more of a bang than a whimper in New York. Serena Williams glowed at the unveiling event for her wax figure at Madame Tussauds on August 27, 2009. Later that day she and Roger Federer attended the 2009 US Open Draw Presentation at the New York Times Center. Tennis champion Rafael Nadel was out and about as well enjoying good times with Olympic Medalist Fencer Tim Morehouse. And what are they up to tonight? More story...Tonight, the tennis pros continue to celebrate as Andy Roddick, Serena Williams, and James Blake host the star-studded Official US Open Player Party presented by Heineken, with music by DJ M.O.S. Special guests to include Penn Badgley, Emmy Rossum, Olivia Palermo, Kelly Bensimon, and many more! There is definitely much excitement for this year's premiere tennis game so all the more reason for some more merry pregaming! --Jacqueline Arnett 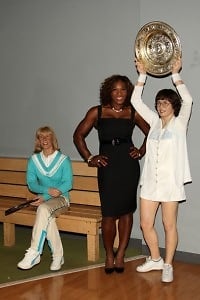 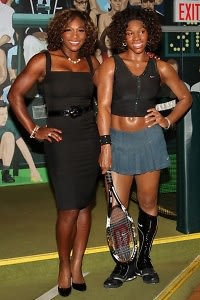 Serena Williams poses with her wax fixture at Madame Tussauds. 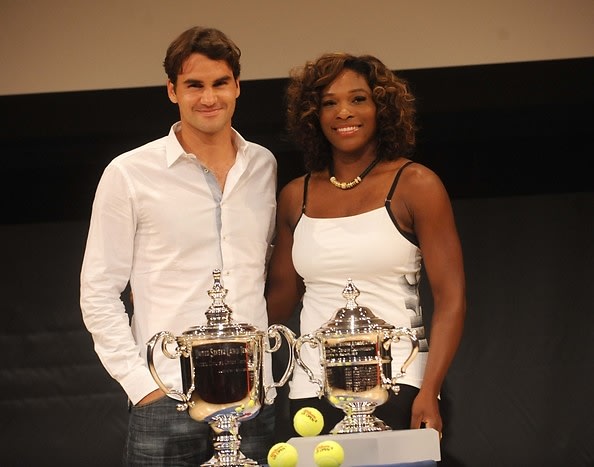 Roger Federer and Serena Williams attend the 2009 US Open Draw Presentation at the New York Times Center on August 27, 2009 in New York City. 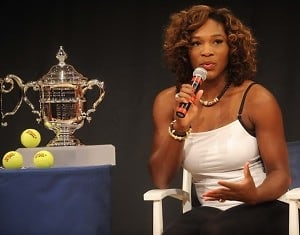 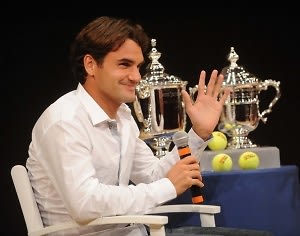 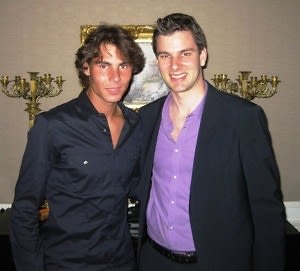