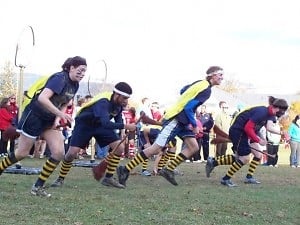 Muggles made magic at the Quidditch World Cup this weekend. Hundreds of Harry Potter enthusiasts convened at DeWitt Clinton Park for an intense competition of a fictional sport that’s become very real.-

JK Rowling dreamed up the rough and tumble contact sport, where players fly on brooms and the enchanted snitch (which must be captured to win the game) flits about and evades capture all on its own.

The real-life version of the game, acclimated for non-flying folk, still involves keeping a broom between your legs. And the golden snitch is in play, too, only it’s a blue flag tucked into the pants of a lightning-fast guy dressed in yellow. 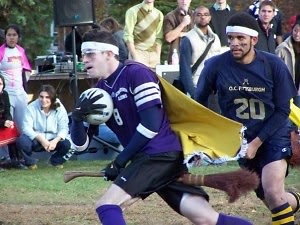 Quidditch players aren’t a bunch of gangly nerds. The field is packed with legitimate athletes. “I like the sport more than I really like the story of Harry Potter,” said Devin DeVoe, a tall, jacked-up member of the Chestnut Hill Griffins. “I played basketball in high school, but this is higher adrenaline. And the fans make it so much fun,” he said, posing for a picture with three girls in capes with wands.

Teams from all across the country wanting to take home that World Cup trophy lead to some fierce battles on the field. Fortunately, though, only a few minor injuries were sustained during the course of many very physical matches.

99 Problems but a snitch ain’t one 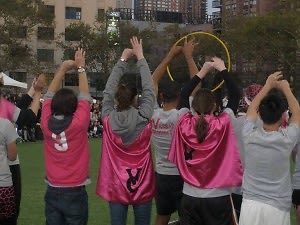 Aimee Howarth, a member of The International Quidditch Association’s board of directors, told us planning the event was well worth the hard work.

“I really love Harry Potter,” she gushed. “Of course, I love Quidditch, too, and the sport. But I love the story and how much it means to all the fans. Yesterday there was a woman here teaching kids spells. We’ve put so much time into planning this and putting it on, and it’s really rewarding to see all the different types of people coming out here and taking it all in.”

The final match came down to Middlebury and Tufts. These New Englanders were downright violent in the battle for the World Cup. “Tufts was a great team…they were fast and hit hard, and we knew it was going to be a challenge,” Middlebury chaser Zach Doleach said. At one point a petite female photographer was literally knocked into the crowd face first by an aggressive player.

But Midd Quid swept away the Tufflepuffs, winning with a score of 100 to 50. Zach said the team, “…came together as a family, and it was that camaraderie that allowed us to be so successful.” 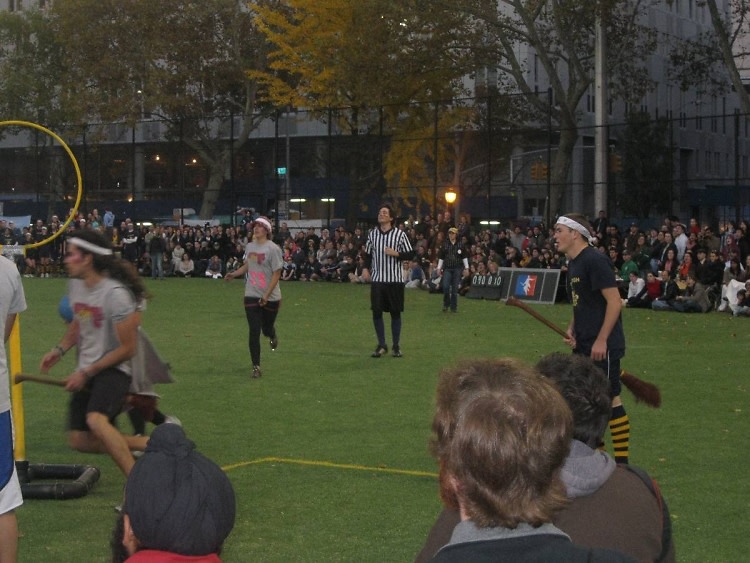 OK, I want in. NYU Hipster Horcruxes, you guys looking for a blogger with a broom?