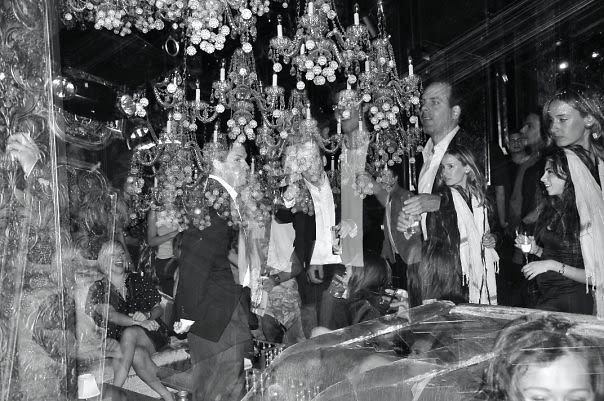 It's the nouveau version of a New York Gentlemen's club: Carbon NYC is an exclusive networking club for sucesssful New York business men who have demonstrated achievement in their chosen field (ahem, made a lot of money) and demonstrated passion for non-work pursuits (ahem, bottles and models.) Most importantly, NO GIRLS ALLOWED.-

Founded in 2004 by Jay Friedlander, the Carbon Club's mission is "to create a community where camaraderie, influence, and a prolific urban experience intersect." Sort of like the thing Chuck Bass would whip up on a whim, except for a much older set: the average age of Carbon Club members is 37.

Members have to pay a fee of $5,000 a year, which is no big deal for club-members; most are millionaires, and about 30% have a net worth of over 10 million dollars.

The ability to pay the yearly fee alone won't guarantee you a spot in Carbon, which caps its membership at 750 people, despite receiving over 200 applications a year. Prospective members must be referred by current members, and then undergo a pseudo-hazing type process before they're admitted. 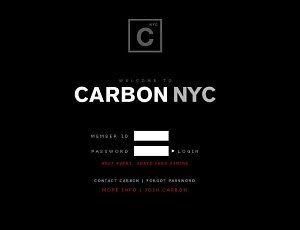 Once they're in, the perks of the club are pretty sweet. Because membership consists of affluent men who probably like to show off their money, luxury companies such as Veuve Cliquot and Jaguar are falling over themselves to provide the club with access to their products. Yacht companies have thrown parties for the club, and members get discounted helicopter service between Wall Street and JFK.

But is the club really the "social networking group for the alpha male", as Friedlander describes it?

Not everyone seems to think so. According to an anonymous source:

"Carbon club is funny, I remember their parties being really fun around 5 years ago, but now, it just seems like desperate middle aged guys longing for those "models and bottles" scenes."

More evidence of the club's possible frattiness? The club is taking a big group trip to Vegas this month, and the CarbonNYC Facebook group has a "Maxim Magazine" page (although we have reason to believe Maxim's publisher, Ben Madden, is a member).

According to another source, club members love to hang out at Provocateur, spend loads of money, and "are obsessed with house music."

And as for women, they are allowed to attend CarbonNYC events...as guests.