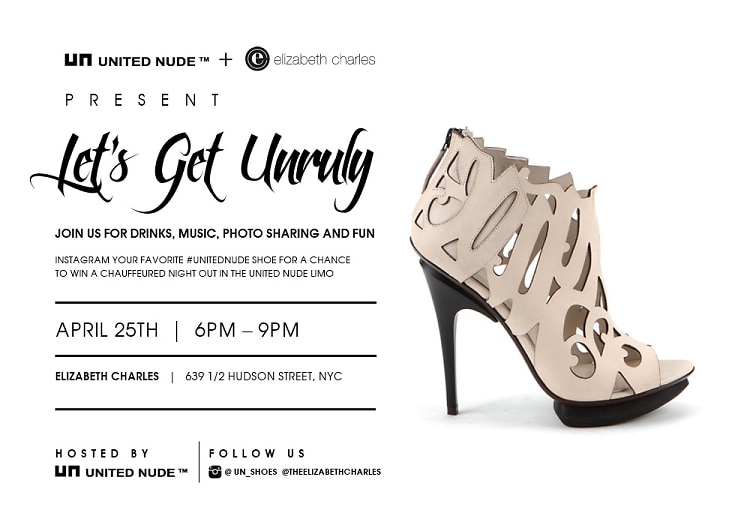 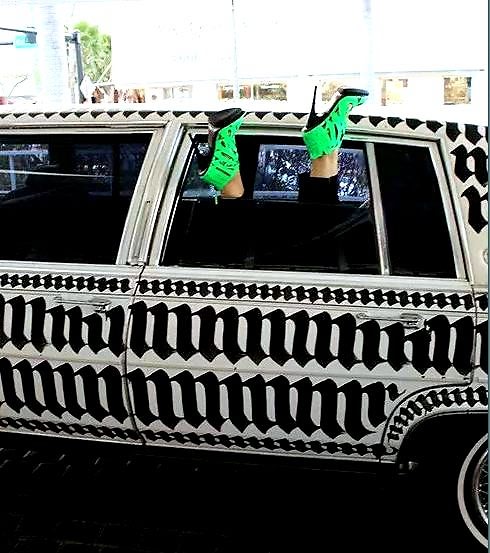 The United Nude Unruly shoe was launched this past December during Art Basel Miami at Wynwood Walls, often referred to as the Mecca of street art. For the event, an 1984 Cadillac stretch limousine was hand painted with quotes from the movie Scarface and the "unununun" pattern, which is representative of the consonance of the "un" sound in title words. It was then parked in the center of Wynwood for the duration of the launch. At night the limousine was set free to troll the streets of Miami looking for trouble with its flashy body work. Unsurprisingly, this moving work of art quickly became the talk of the town. Now you can win that limo for a night and get into some trouble of your own. Don't forget about the real treasure, the exclusive shoe! Where: Elizabeth Charles, 639 1/2 Hudson Street When: Thursday, April 25th @ 6 - 9pm