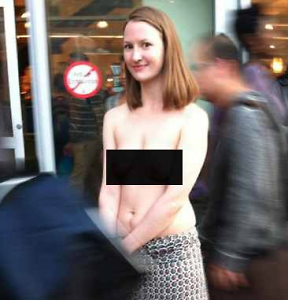 - In the latest episode of The Conversation With Amanda de Cadenet, Miley Cyrus comes off surprisingly deep, even articulate. [HuffPost]

"I've lost my sense of self a lot. There's times you hear what you should be so much that you lose what you actually are, and that's really hard," she said.

- These 8 songs will have you asleep faster than you can say Morrissey. [ThoughtCatalog]

- Try and contain yourself fan-boys, Game of Thrones is heading to Facebook...as a game. [Mashable]

- There's been quite a few topless women ravaging the streets of lower Manhattan as of late, with the East Village Topless Lady being the most notable. Not surprisingly, it turns out she is an activist. [Gothamist]

- There are rare occasions where the Internet sparks great genius. [Buzzfeed]