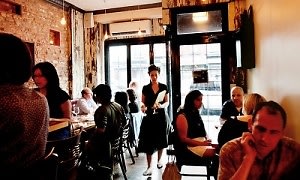 -Bon Appetit has released its list of the top 10 restaurants in the country, and two NY joints made the list: Battersby and Blanca, both in Brooklyn. Check out the complete list HERE. [BonAppetit]

- Only days into pre-season, the Giants are already making headlines. In a prank that went viral right after the Giants' win over the Jets on Saturday night, Giants defensive end Jason Pierre-Paul dumped teammate Prince Amukamara into an ice bath.[NYDailyNews]

-There's no such thing as diet ice cream. In an experiment conducted by the Today show, 9 different low-cal ice creams were sent to a lab to test how many calories were actually in a serving, and many of the desserts were actually much more caloric than what the nutrition labels read. [MSNBC] 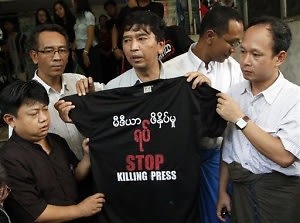 -The media in Myanmar has always been one of the most restricted in the world, but in a decision reached this morning by Myanmar's government, local media in the Southeast Asian nation will no longer be censored.[HuffPost]

-Diana Nyad hopes to become the first person to swim from Cuba to Florida without a shark cage. Nyad, who turns 63 on Wednesday, left Havana on Saturday and is expected to reach the Florida Keys tomorrow. [USAToday]