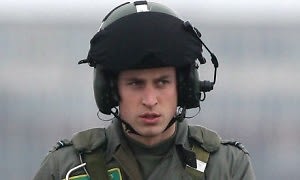 -Prince William proves that he really is a Knight in Shining Armor by saving a schoolgirl who was surfing off the coast of Wales. The Prince, who was the pilot of the RAF Sea King helocopiter, help arranged the rescue of the girl while his colleagues got her out of the ocean and into the copter. [HuffPost]

-Shark Week isn't over yet. In honor of the great television event, The Week came up with 7 shocking facts about sharks, like the fact that sharks can smell their predators up to a quarter mile away. Ahh! [TheWeek] 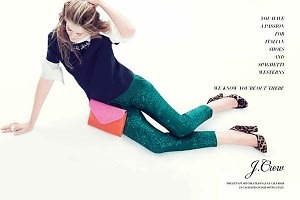 -Instead of using models in their new fall ads, J.Crew is staying on top of their game by featuring real people. Diego Scotti, J.Crew's chief marketing officer, spoke to WWD about the decision:

“We chose very accomplished people who have an impact on our customers and culture in general. They appreciate quality and detail. Our customers identify with them, but the campaign is not about celebrities." [WWD]

-The members of Russian punk rock band Pussy Riot have been found guilty of hooliganism (whatever that is), and will be sentenced later today. After staging a stunt against Vladimir Putin in February, the three young women were arrested and have been awaiting trial. The case has attracted international attention, particularly about the issue of freedom of political speech in Russia. [NYTimes] 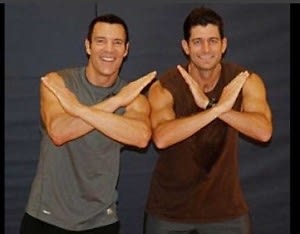 -More and more info is beginning to come out about Paul Ryan, but what the public really wants is a shirtless photo of the VP hopeful. While we're waiting for one to emerge, check out this handy guide to Republican politicians not wearing shirts. Let's hope Paul Ryan looks better than Rick Santorum in a bathing suit. [DailyIntel]