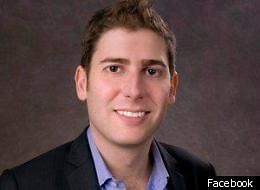 - A dozen summer cocktails that taste like booze, courtesy of Mark Bittman. [NYT]

- Sorry Sex and the City fans, the CW has put The Carrie Diaries on hold until midseason. I suppose you'll just have to settle for the re-runs incessantly aired on TBS, E!, HBO, and every other channel until then. [CNN]

- You probably assumed a year after graduating you'd be buying artisan chocolates while wearing a 3-piece suit.  Well, you were wrong. [ThoughtCatalog]

- New York Senator Chuck Schumer is basically calling for Facebook co-founder Eduardo Saverin's head on a plate.  Saverin, a dual-citizen of Brazil, recently renounced his U.S. citizenship in what most assume a way of avoiding capital gains tax on the $3-4 billion he is now worth. [HuffPost]

- Take a huge sigh of relief Gleeks, Glee creator Ryan Murphy confirms that all regulars will be returning to the show next season. [Vulture]

"It doesn't mean everyone will be doing 22 episodes, but everyone wants to stay in our family and our world,'" he said. "I wanted to make sure those actors know that if they want to have a home, they have a home. If they want to explore new and different things while also having a home, that is also an option."

- Lastly, maybe you haven't heard, but Macaulay Culkin is the love child of Ryan Gosling and Steve Buscemi. [Buzzfeed]