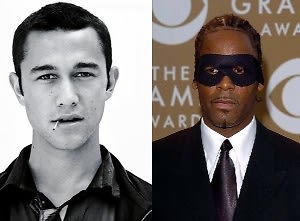 Joseph Gordon Levitt has done it again. Though JGL is best known for his roles in 500 Days of Summer, Inception and  3rd Rock From The Sun as that gender-ambiguous kid alien, homeboy can sing. This past Monday, a lucky group of OSU undergrads were treated to an impromptu performance by the actor, and one girl was smart enough to capture the whole thing on her cell phone.

"Now,um,usually I dont do this but uh...Go head' on and break em off wit a lil' preview of the remix..."

Accompanied by acoustic guitar, JGL belts out none other than R. Kelly's melodious jam of jams, "Ignition".

Sample, even though everyone should know the lyrics:

"Cristal poppin in the stretch navigator, we got food everywhere, as if the party was catered.... we got fellas to my left, n' Honeys on right we bring em both together we got drinkin' all night"

"I think my ovaries just exploded"