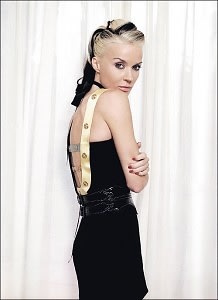 . . . though we're not sure things are ever truly looking down for the ever-dramatic Daphne Guinness. The Post has a loving, if somewhat bemused, profile of the terrifyingly stylish socialite, and we learned a few things about this and that. And about the lady's love life!

She needs a better title

The Post calls her a "Brewery heiress," but that sounds so inelegant. 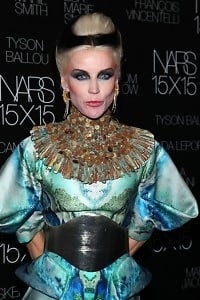 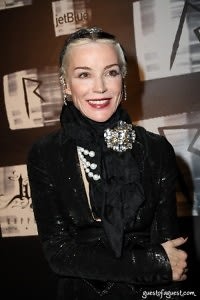 The former Alexander McQueen muse already has a Comme des Garcons fragrance, Daphne, and this fall she'll have a NARS cosmetic line. Next year, you can line up at the Fashion Institute of Technology to see an exhibit of her wardrobe.

Incidentally, for those of you who've never smelled Daphne (real or bottled), the perfume is a love-it-or-hate-it one. Online reviewers have called it "a constant headache for the survivors in the room," a scent with "the subtlety of Liberace and the warmth of Darth Vader," and, more positively, a product  with "warmth, complexity, and femme fatale vibe." 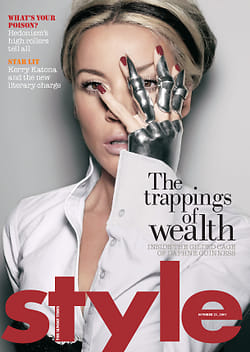 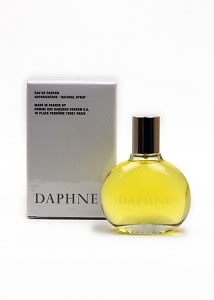 You yourself may be one of those poor souls whose plans for Christie's Isabella Blow auction were derailed when Guiness bought the entire collection last week. 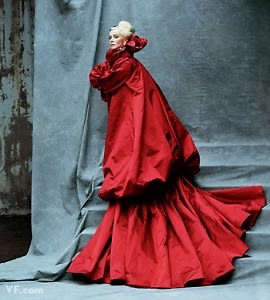 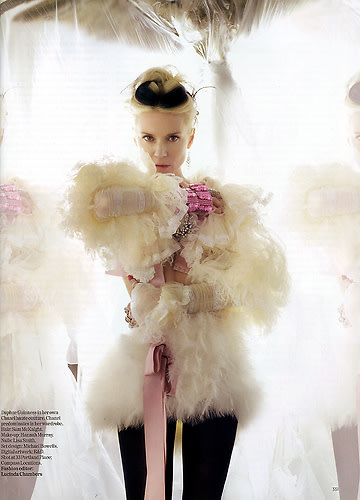 At least Daphne will definitely wear those clothes, and not just collect them. [Photo via Vanity Fair]

Journalist Jim Reginato insists, "She does diamonds and particle physics."

Her love life is compliqué.

The paramour of Madame Guinness is the married French philosopher Bernard-Henri Levy. The article recounts an anecdote where the two lovers met for lunch at the Four Seasons, then silently stared at each other from behind their sunglasses. 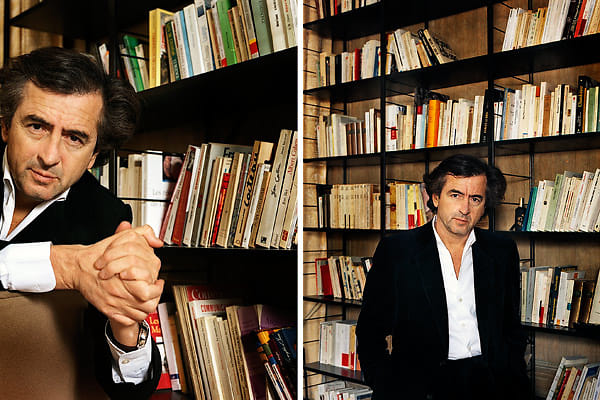 Bernard-Henri posing all sexy-like in front of some books. [Photo by Kai Juenemann Photography]

Who is this Bernard-Henri Levy exactly? Known simply as BHL in France, he's a controversial figure who writes a great deal about nationalism, history, and politics (especially issues surrounding the Middle East) from a philosophical standpoint. And when we say controversial, we mean controversial: he's been denounced by other philosophers, he has his own satirical puppet on a French political tv show, and he was earmarked for assassination two years ago by an Islamic militant group. Earlier this year, he was humiliated un petit peu when he quoted a fictional philosopher to defend a point. Although his fashion sense doesn't match Daphne's, BHL is known for his trademark unbuttoned shirts and perceived dandyism; the SF Chronicle has noted that his critics refer to him with the tagline, "God is dead, but my hair is perfect."

Things sound like they've been rough for Daff, though. Last year, she told a reporter "Love is agony, isn't it? I've been involved with someone for quite some time now, but it's all so complicated. . . . There is no hope." Oh dear. 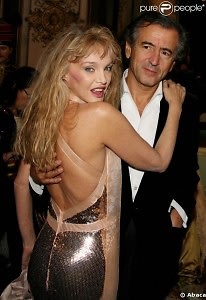 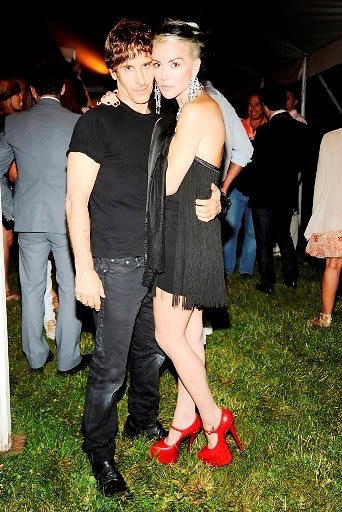 BHL with wife Arielle Dombasle.         Daphne with pal Steven Klein. [photo via Guest of a Guest]

Cependant! The Post has it that Bernard-Henri is leaving his wife, actress Arielle Dombasle, for Daphne. Stay tuned.