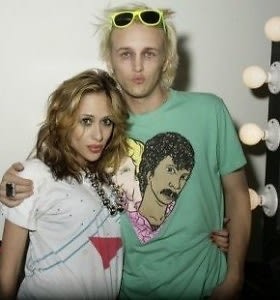 They call themselves Liaesham. (No, really--they call themselves that.)  He's 22, she's 33. Their hobbies include taking pictures of each other, playing music together, and filming strip teases to Frank Sinatra's "I Did It My Way". Suffice it to say, we're pretty obsessed with these two.- 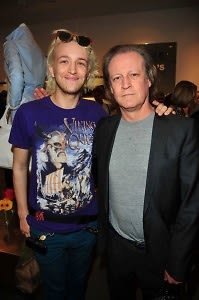 Why He's Famous: He's PatrickMcMullan's son, and Michael Musto is his Godfather.

What He Does: Records music, attends parties, is a "flaneur" (per Gawker) , smokes pot.

Best Quote: On sex: "...It just goes on forever. And I have these migraines now that do really hurt like balls when I'm having sex."

On Nightlife: "Before I turned 21, I only hung out at clubs where they knew who I was. Any club that didn't was bullshit, anyway."

In His Own Words: "My name is Liam McMullan. I've been a hunter of peace, chasing the mayfly known as love for many moons now. There is no rest for me in my search of peace. I meditate, diligently, every morning. The subjects are life and love. I quit after 3 seconds."

This video segment of his upbringing is, well, pretty spectacular. Especially the amazing part where a drag queen tries to talk to two year-old Liam and he cries. 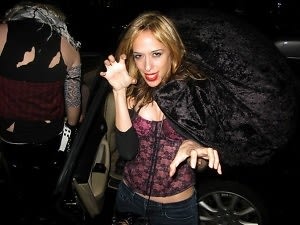 Claim To Fame: Was the High Times magazine "sexpot" centerfold, a "Strip Bop" video that made the rounds before it got "removed by user", and a role in Angelina Jolie's Love Sick.

She Also: Is an actress, a writer ("I have won every writing award any school I went to had to offer"), a recording artist, a songwriter, an author, a designer, a children's book writer, a model, comic book writer, and Miss Howard Stern TV 2007. (All via her Facebook Bio) Her Acting Reel: 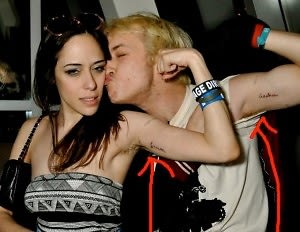 The Got Engaged: One month later! And they announced their engagement at the Guest of a Guest/College Humor Yacht party.

Their Tattoos:  Less than a month after meeting, the couple got his and hers tattoos (hers says Liam, his says Aesha.) Sweet, but Liam's wrist band covers a tattoo of his high school sweetheart's name, Amy....

Their Wedding Plans: The two were scheduled to get married last month at The Boom Boom Room (of course they would get married there...). However, their engagement was postponed. But! Their Facebook pages remain completely devoted to each other and frequently updated, so we're not too worried.

Where They Live: The couple live on an artist's commune owned by Aesha's family, not in Manhattan.

Aesha On Liam: "He's the comedian, and I'm the serious one."

Liam on Aesha: "I'm in love. I found my soul-mate." A sort of interesting interview with the couple, in which they change outfits like 18 times:

And a VERY interesting video filmed by the couple, in which Aesha is pretending to be...a prostitute? Actually, its hilarious.

Liam: (Monotone, deadpan) I was kind of curious about that.