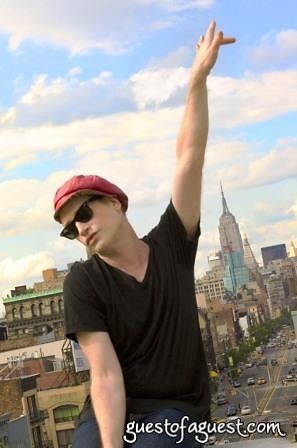 "When I came to New York I had a bag of glitter and a vanity mirror in my hand.and they were like, “You’re a club kid we’ve been looking for you!”" -Richie Rich

I have wanted to meet Richie Rich since before I even knew his story. The Club Kids have always held a special place in my heart...those individuals in the 90s that weren't afraid of expressing themselves to the point of exhaustion in the city I now call my home. I have seen him at numerous parties, always with an entourage of admirers at bay. From Heatherette, to MAC, I have followed his various ventures including the fashion line, makeup line, music, and most currently, shoe line. I don't know how many times I have brought up the name "Richie Rich" in conversation, nor can I count the number of explanations I've had to give to oblivious friends from home who thought I was obsessing over a cartoon character...

But, because the universe seems to sort herself out sometimes, in ways we can never understand or predict, I was granted a very special spur of the moment visit from Richie Rich himself last week. Stay tuned later today for the full interview, including more photos from our rooftop and extremely candid videos from one of the most special characters I have ever met.