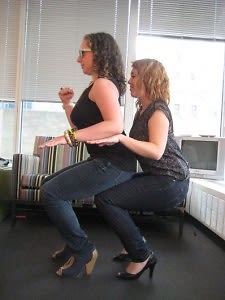 Watch The Throne, the collaborative audio-brain child from Jay-Z and Kanye West just smashed through iTunes on Tuesday and has been blasting through iPods and speakers everywhere ever since. We just reviewed WTT and there has been mass hysteria surrounding the album since it's release. What comes from hysteria? Trends! Could "Throneing" catch on and replace "horsemaning"?

This summer seems to have been the summer of the strangest cures for common boredom ever. From planking, owling, leisure diving and the recent and eerily funny horsemaning, internet trends have been plenty. So it is no surprise that a new one could have just sprouted right before our very eyes and Jay-Z and Kanye have lent over the perfect recipe for it. Playing off of the Watch the Throne album title, "throneing" appears to happen when 2 or more people pose by placing their bodies in the same position as a throne and a king/queen. Simple. The girls over at MTV have taken to "throneing" in their office. 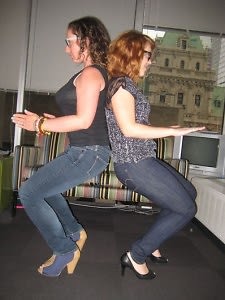 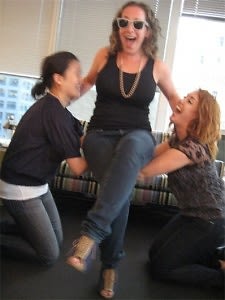 What do you think? Could it catch on? We're hoping it does and it just might. Internet trends like these have usually spread like wild fire. Show me a person who has not enjoyed these ridiculous trends and I'll show you a humorless soul.