Are you a Samantha? No, not Carrie, Charlotte, Miranda or Samantha. I'm talking about Molly, Kirsten, Felicity, Addy or Samantha. Chiara Atik describes in a post for The Hairpin how your childhood American Girl Doll Choice indicates your present.

Think you're a Samantha? Well according to Atik, Samantha was the most sought-after of the 5 and if you were able to be a proud owner, "you quickly learned the value of cachet." Not to say you were super snobby or anything, but it could be likely, because if you were lucky enough to get your hands on her you probably got what you wanted most of the time. As far as who are you now, Atik says:

"You therefore grew up to be confidant, capable, and nonplussed. You've always been well liked. You aren’t the funniest in your group, but you’ve never really noticed or cared." 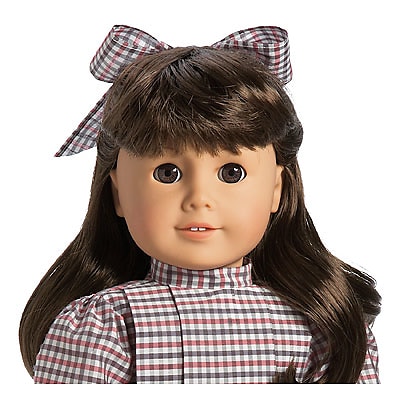 Umm, hellooo she is adorbz, how could you not love her??? [via]

If you had a Molly, but really wanted a Samantha, "you too wore glasses, liked books, were bad at math, and would concoct various schemes to get attention." Ouch. But, if you actually really did want Molly and she wasn't a Samantha runner-up, you probably had a lot of the same characteristics previously mentioned, minus the various schemes to get attention. I mean, a bright yellow raincoat was one of her signature looks, besides the glasses, so it makes sense if you continued to be a bookish, quirky adult. 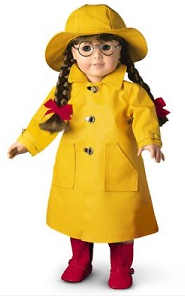 Thank Gawd they didn't make a matching outfit for girls!![via]

For all you Kirsten, Felicity and Addy's out there, look further into what your American Girl Doll preference means HERE.

And as for all of you who didn't own American Girl Dolls, I'm sorry that you are now bitter after reading this post. But chances are, you probably wanted a Samantha, because really, who didn't? And if you owned multiple, you were probably greedy like me and needed every single one (which I eventually managed to do). But if you were born later and had more options than the original five and picked Kit, she's basically the second generation Samantha. i.e. You are probably pretty cool. 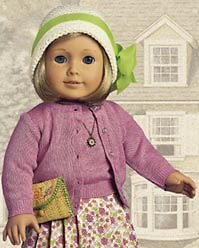 She is totally as chic as Samantha, but blonde!! No wonder she rocks.[via]