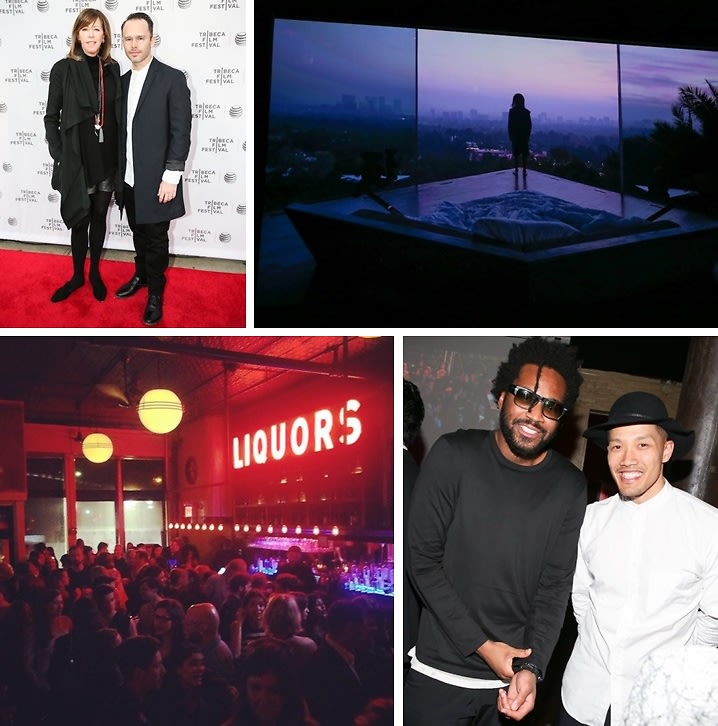 The Tribeca Film Festival is one of the most opportune events for first-time filmmakers to shine, providing them with a platform to expose their talent as well as an audience willing to receive it. This goes double for artists like Daniel Arsham, who venture out with a new medium but with an established creative community behind them. That's precisely what happened on Saturday at the Tribeca Cinemas, as Arsham debuted the first 4 parts of his 9 part film series Future Relic with a who's who of NYC creatives buzzing with anticipation. Famed artist Julian Scnhabel, model Anja Rubik, and Public School designers Dao Yi Chow and Maxwell Osborne all enjoyed Corzo cocktails and popcorn as they found their seats at the popular theater. Jane Rosenthal was excited to introduce Arsham, who joined the festival's array of artist collaborators throughout the years.

The four parts of the film all depicted distant points in the future, where the characters engage with the relics of the past. Naturally these revolved around Arsham's artwork, with crumbling plaster replicas of items like a Leica camera and the original cell phone being the focal point of scenes separately featuring James Franco, Juliette Lewis, and Ethan Suplee. The film was as stylish as the crowd, with costumes by Richard Chai and Public School, and part of the score by Swizz Beats. Following the screening, the guests continued to enjoy cocktails at the bar, before an intimate crowd including Victor Cruz, Leandra Medine, and Claire Distenfeld made their way to the Greenwich Hotel to toast the film.