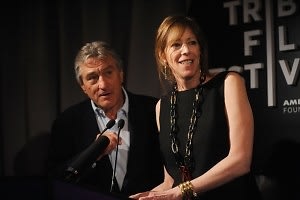 The 9th annual Tribeca Film Festival kicks off today. Robert De Niro and others started TFF as a scrappy festival newcomer that would restore vitality to a struggling post-9/11 downtown. It has since earned its place on the global movie geek circuit and become a yearly must for locals. Here's a guide to some of the 2010 edition's most promising entries.

Out of financial necessity and an emphasis on artistic integrity, TFF has scaled back its offerings recently, from nearly 200 features in the past to 85 this year. At the same time the event has expanded beyond the boundaries of its namesake neighborhood, with screenings mostly split between Chelsea and the East Village. But even with fewer films within easier reach of New Yorkers, a game plan is necessary.

Here are some New York-centric best bets, with many more to come. Click on the title for showtimes and more information:

Saturday Night: SNL might be in one of its frequent ruts this season, but t 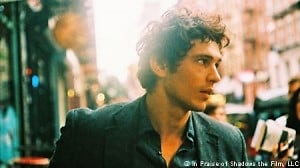 hat shouldn't stop you from checking out this behind-the-scenes look at the making of a single episode. For one,  beloved weird John Malkovich hosts the episode in question. For another, the documentary is directed by the hardest working man in showbiz and dependably funny SNL host himself James Franco.

William Vincent: And there James Franco is again! He plays William, a reclusive video editor by day and small time crook by night. The neo-noir is directed by Franco's NYU professor Jay Anania.

Arias With A Twist: The Docufantasy: A panoramic look at the downtown alternative scene, from the late '70s through today. Directed by cabaret and drag artist Joey Arias, the doc's previously unseen footage features the likes of Andy Warhol, David Bowie, Grace Jones, Keith Haring and Divine. A must for anyone who has ever used the "nosebleed above 14th Street" line.

Untitled Eliot Spitzer Film: Oscar-winner Alex Gibney's Spitzergate documentary will show in unfinished form. But that won't prevent it from becoming one of the festival's most sought-after screenings.

The Lottery: Single and childless readers can take solace in this movie about the nightmare that is New York City school admissions. 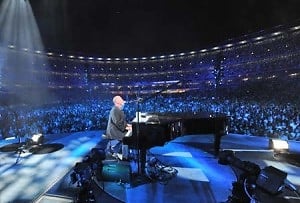 Last Play at Shea: Poor, lowly Mets. Even the death of Shea was overshadowed by the Yankees and their own stadium change. This documentary from Paul Crowder goes a long way in remedying that as it examines Shea's place in music history. The focus is mostly on Billy Joel (who gave the last performance in the stadium) but also features Paul McCartney (Shea, of course, is where the Beatles launched their attack on America), Roger Daltry, Tony Bennett, Garth Brooks and Steven Tyler.

Monogamy: Because what would a New York City movie festival be without a kinky, Brooklyn-set relationship drama/mystery thriller? This one's about a wedding photographer who, bored with his day job, gets entangled with a mysterious exhibitionist. Rashida Jones co-stars.

Joan Rivers: A Piece of Work: Here's my review!

Please Give: New Yorkers driven mad by city real estate get a squirm-inducing closeup in this movie about a couple eagerly anticipating the death of an elderly neighbor and their subsequent takeover of her apartment. The great Catherine Keener and Oliver Platt star in a movie directed by Nicole Holofcener, whose credentials include Friends with Money, one of the few watchable Jennifer Aniston films.

Photos via Zimbio and TribecaFilm