As East Villagers continue to hope and pray for the closure of Superdive, two new Alpha Delta Phi satellites, The 13th Step and Billy Hurricanes, are moving in. Which will inspire the most obits for the East Village of old?

Here's a comparison of the two newbies that all but guarantee fisticuffs at future Community Board 3 meetings. - 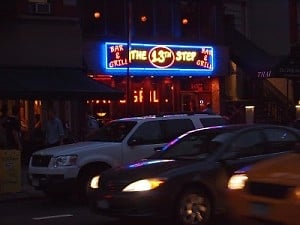 Related To: An imposing roster of bars whose subtle names celebrate binge drinking (The Stumble Inn, Down the Hatch, the imminent Three Sheets) or poke fun at the comedy goldmine that is crippling alcoholism (Off the Wagon). 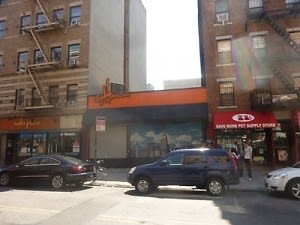 Insult to Injury: Rehab sat on sacred ground once occupied by legendary after hours pit Save the Robots, a club too fun to be remembered clearly by patrons.

Related to: Bleecker Street abomination Thunder Jacksons ("Stop by for the hot staff and cold drinks!").

Frat Stats: Calling itself a "speakloudly." And "a signature drink that will be limited to two per person." Chilling.

So, which newcomer will likely take the crown of most obnoxious East Village drinkery? Given the history of its address (and its location in the relatively unspoiled wilds of Alphabet City), you'd expect Billy Hurricanes to come out ahead. But in a tip of the backwards baseball hat to the neighborhood's history, rock promoter Marc Shapiro will operate a basement "Bourbon. Beer. Rock" speakeasy that will presumably feature live music under the same roof.

The 13th Step is part of a massive evil empire whose leaders, unlike Billy Hurricanes', haven't even feigned interest in preserving neighborhood character. But the locals have already taken the all-important first step and admitted they have a problem with (decreasingly) out of place new arrivals.