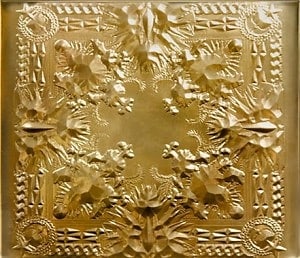 Even if you've been living under a rock, you are probably aware Watch The Throne dropped yesterday. The joint album between two of hip-hop's top rappers, Kanye West and Jay-Z, collectively known as "The Throne", was sold exclusively via iTunes on Tuesday at midnight. Here's our review of Watch The Throne. - - - - 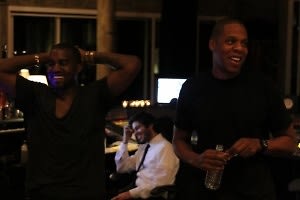 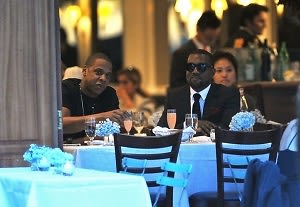 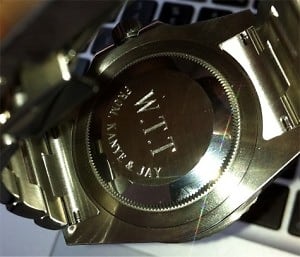 Highlights from the album are many. I can not deny that. Some of the great moments surrounding Watch the Throne regard its own method of release. It surprisingly avoided the ever-popular "leak" by placing its initial digital release solely on iTunes and physical release on Best Buy. Even though it pissed off the mom & pop shops, it prevented any of this top-secret album from getting out.

During the private listening sessions, guests were stripped of of electronic devices and Mr. Carter won over the engineers working on the project with bribery in the form of a special Watch the Throne Rolex. Would you leak anything after receiving that? If you're in your right senses you answered a quick "no" to that. [via]

Some of the albums best songs, like the inspiring "Made In America" and the album's opener "No Church In The Wild" featured newcomer Frank Ocean. The singer's been owning this summer since the release of his free mixtape Nostalgia, Ultra.

"Made In America" is an awe-inspiring song referencing African-American greats in history and both Kanye and Jay-Z's unconventional and sometimes illegal journeys that led them to success and greatness.

"Otis", "Ni**as in Paris" and the Neptunes-produced "Gotta Have It" have been popular with fans.  They are all songs intricately laced with a stunning combination of bragadocious and mind-boggling lyrics that Jay-Z and Kanye are known for.

"Who Gon Stop Me" was a stand-out track due to it's awesome infusion of dub-step.

One song that seemed like it was a complete snoozefest was "Lift Off" featuring Mrs. Carter herself, Beyonce. 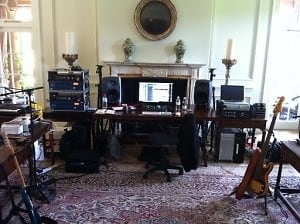 Throughout the album, Jay-Z and Kanye literally go bar for bar, skillfully displaying some of the best examples of the art of bragging. They address issues of race, hypocrisy and success, but the majority of the time, the album's theme is centered around their immense wealth and talent. "Otis" features some of the best bragadocious lines.[via]

"New watch alert, Hublots or the big face Rollie? I got two of those. Arm out the window through the city." "Photo-shoot fresh, looking like wealth. I'm about to call paparazzi on myself."

"Can’t you see the private jets flying over you? Maybach bumper sticker reads: "What would Hova do?" "I made Jesus walks, I'm never going to hell. Couture level flow, its never going on sale. Luxury rap, the Hermes of versus. Sophisticated ignorance, write my curses in cursive."

"Pablo Picasso, Rothkos, Rilkes. Graduated to the MoMA, and I did all of this without a diploma, graduated from the corner." "So I ball so hard mothafuckas want to fine me. First ni---- got to find me. What's 50 grand to a motherfucker like me? Can you please remind me?"

"Ya'll weed purple, my money's purple. Ya'll Steve Urkel, I'm Oprah's circle. I wrote the verse that I hope will hurt you." "Prince William ain’t do it right if you ask me. Cause if I was him I would have married Kate and Ashley."

This could be the strangest use of Photoshop merged layers anyone has ever seen. Is this Kay-Z? Janye? I had restless nights due to the questionable matter behind this photo. 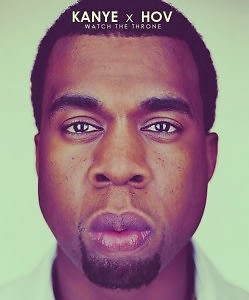 Need other photos to haunt your dream tonight? Check out these photos from the CD's artwork. 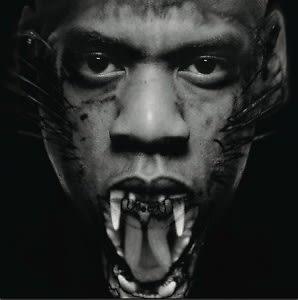 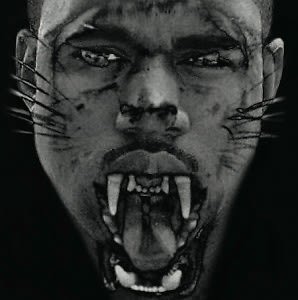 For the collaborative effort between both rappers, Watch the Throne is a very solid project. It will be held in great esteem based on the caliber of both rappers, but it's not a classic. It's just not. it's weak in certain places. We are well aware that both Jay-Z and Kanye West are great and are two of the best rappers in hip-hop but because I have been a long-standing fan, am I automatically supposed to adore this? Is it supposed to fulfill the lives of fans in their musical quest of sonic greatness? I ask because if that is what you are expecting, you may not find it.

We've heard the rumors that the pair have had creative differences between the older, seasoned and experienced Jay-Z and the younger, creative, trendier and more relatable Kanye. In some respect, the album is way more Jay-Z than Kanye, a factor that may appeal to some people and not to others. Something is lacking here though. It is like they knew people would think it was automatically great, therefore they chose not to go as hard as they would on their own solo projects. It is similar to getting a 2-for-1 deal, paying for the deal and getting the quality of 1.

But the great thing about music, opinion and taste, is that everyone has their own. What I want you to know is that it is alright not to like the album and its perfectly fine to love it. Watch the Throne will still be loved by many people.