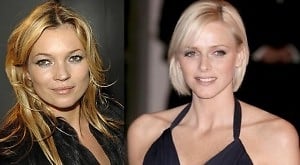 This past weekend Princess Charlene Wittstock and model extraordinaire Kate Moss tied the knot.  The two weddings were the most anticipated ceremonies after Will and Kate's for various reasons.  Let's take a closer look as these blushing brides duke it out in satin boxing gloves for the best wedding of the weekend in Bride Wars!

Round 1: The Wedding Gown. 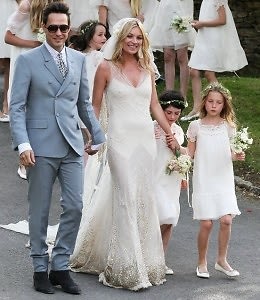 A wedding gown is easily the most important element of a wedding, next to the vows of course.  Princess Charlene wore a Giorgio Armani gown adorned with 40,000 Swarovski crystals, 20,000 mother of pearl tear drops, and 30,000 other stones of gold shades.  To top off the gown, she sauntered through her ceremony with a 6-foot-long train, pushing her into the heavy weight gown division!  Fashion princess Kate wore a dress by John Galliano.  The dress paid homage to the flappers of yore; it resembled a slip, and had a small train accentuated by rhinestones.  Who has the best dress, you ask?  Taking into consideration Vogue editrix Anna Wintour's remarks towards Armani, stating that it was 'the end of an Armani era' and John Galliano's recent outcast from fashion, we'd say that Armani did a better job at a comeback attempt.

The South African swimmer, now Princess Charlene, had one bridesmaid.  Isabell Kristensen, a designer who has dressed Liza Minnelli, Nicole Kidman, and Ivana Trump assisted the bride with her heavy train.  Mossy kept it lively with 14 child bridesmaids including her daughter Lila, from a previous relationship.  Kate takes the point for creative effort, and she surely captured the hearts of many with her bubbling bridesmaids.

Round 3:The After Party. 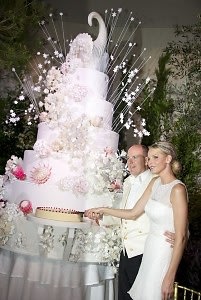 Princess Charlene kept it simple once again with a performance by Andrea Bocceli but really upped the ante with her wedding cake.  The cake is probably one of the largest wedding cakes we've ever seen, topped off with a gigantic seashell and other flowers and aquatic particles.  Moss celebrated her nuptials with a three day music festival with performances by Iggy Pop, Dame Shirley Bassey and Bryan Ferry.  Shockingly, or maybe not, Kate stripped down to her knickers after being cheered on and encouraged by her wedding guests! Charlene remained classy on her special day, causing a graceful K.O. of Kate's boozy Mosstock.

The newest addition to the Grimalidi family had a guest list including Naomi Campbell, now niece, Charlottle Casiraghi, Karl Lagerfeld, Giorgio Armani, and countless other royals. 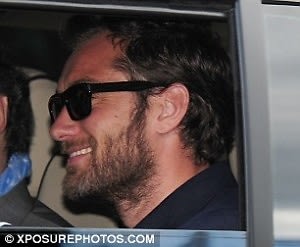 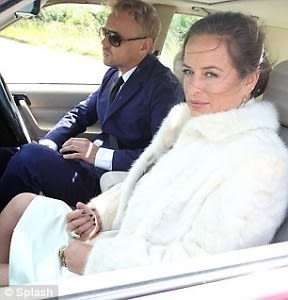 Kate is the guest list victor, as her guest would probably make for a more enjoyable and fun celebration.

Our times are plagued of faux marriages and publicity stunts.  Which couple proves to be the happiest, and actually in love?  Before the princess and her prince Albert tied the knot, she reportedly attempted to escape Monaco three times!  Runaway bride she was not! Soon after officials confiscated her passport, thwarting all plans she had of escaping her soon approaching fairy-tale wedding.  Jamie Hince and Kate Moss signed a mere pre-nuptial agreement.  It seems as though love exists between Hince and Moss as wedding guest Kelly Osbourne tweeted:

"This is the most beautiful, loving, amazing wedding I have ever been to. it's magical when you see people really in love!"

The pair is truly the happy couple as they exit the church where they formed a holy union of happiness and love unmatched. 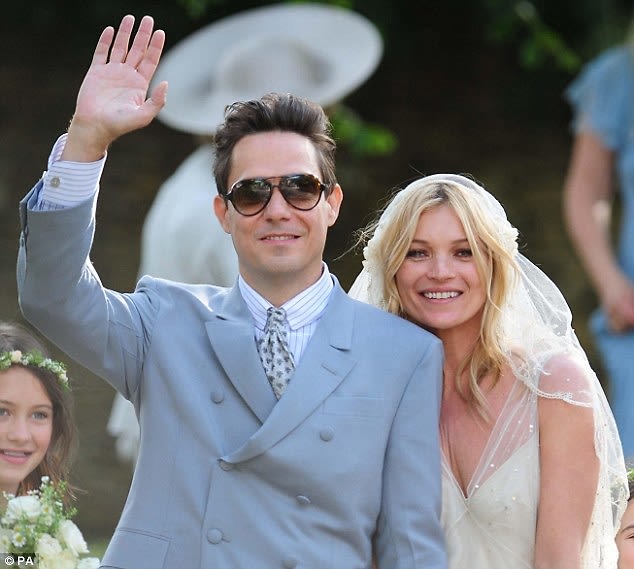 Kate and Jamie prove that extravagance and nobility is only a perk, all you need is love.