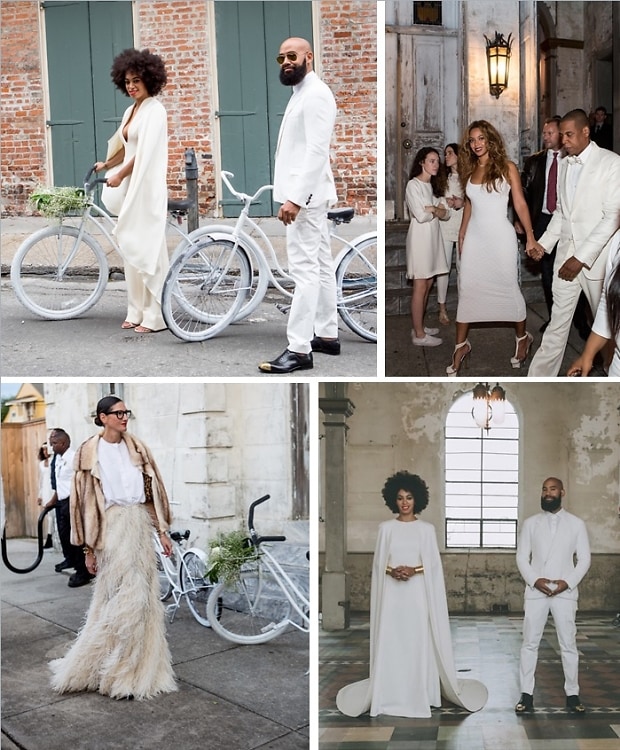 With rumors about a secret engagement beginning to fly just last week, Solange Knowles became a married woman this Sunday, bringing friends and family together at a charming ceremony in the bride's hometown of Faubourg Marigny in New Orleans. Of course, big sis Bey was there (yes, with Jay-Z), but so were some of our favorite fashionistas, including Jenna Lyons and Humberto Leon. Although all-white-everything reigned supreme, the singer's nuptials to director and videographer, Alan Ferguson, were anything but traditional. Forget the limos, forget the gowns. As the couple rode up to the Marigny Opera House on matching bikes, the rest of the guests elegantly stepped off some school buses. BRB while we frantically update our "dream wedding" Pinterest boards.