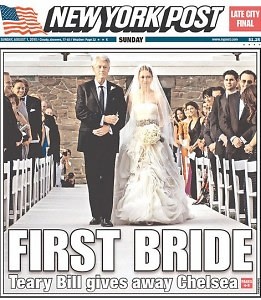 It's no news that Chelsea Clinton tied the knot with long-time boyfriend, Marc Mezvinsky this past weekend.. While Chelsea has been kept out of the public for most of her life, it came to no surprise that she would want her big day kept under-wraps. Unfortunately for her, Chelsea's day turned into her very own "Big Fat Leaked Wedding".

As the town elbowed its way into the Clinton wedding, it became painfully clear that details of the spectacle were bound to be exposed. Because of the bizarre nature of the town, media coverage turned towards the "Chelsea theme park" that was a result of the fan frenzy.

The towns baseball team's raccoon mascot roaming through the town asking for Chelsea's hand in marriage, uh you are a little late there buddy.

Young women handing out pizza slices with "I do" written in pepperoni.

President Clinton might have lost 20 pounds instead of 15 at Chelsea's request.

Roger Clinton, the president's half-brother, was spotted in town wearing a T-shirt and track pants a couple hours before the wedding. 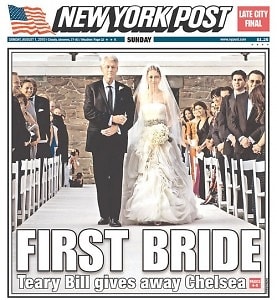 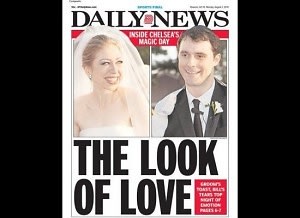 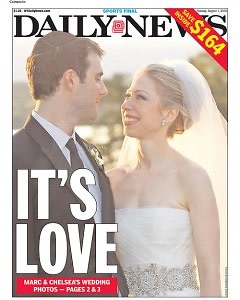