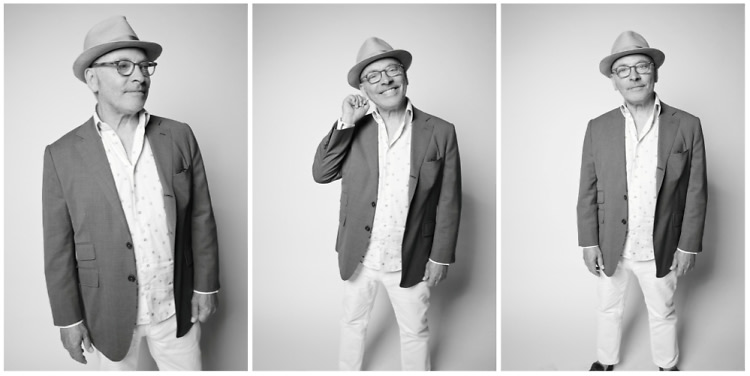 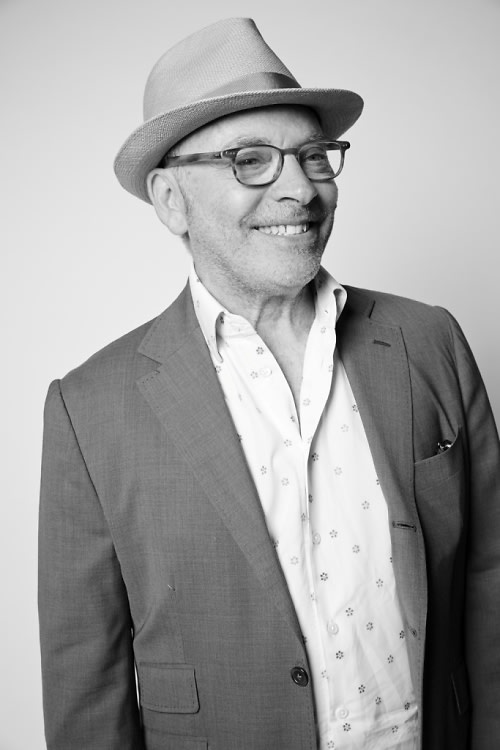 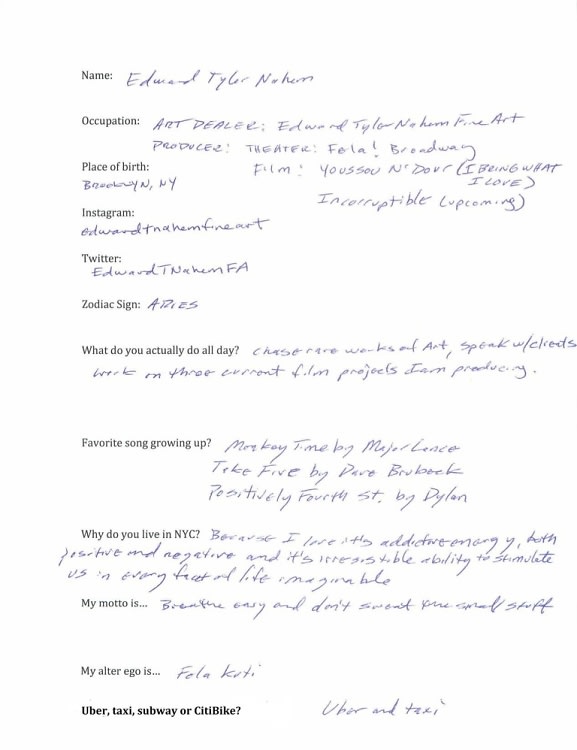 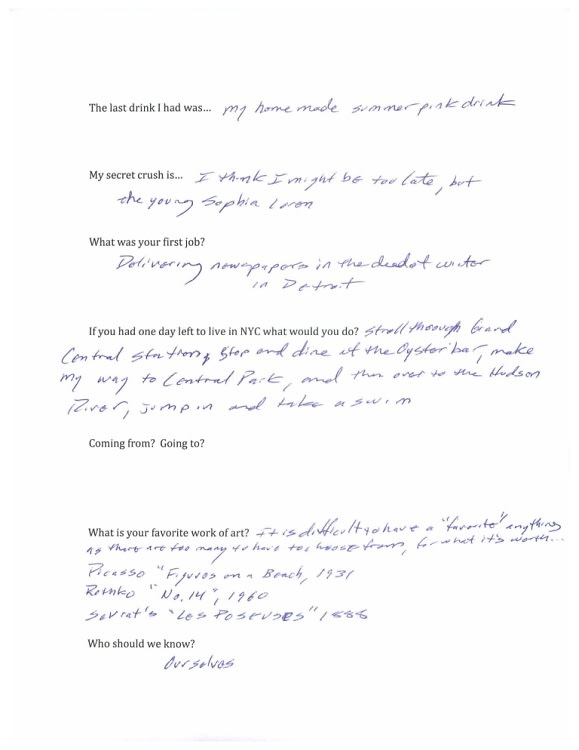 What do you actually do all day? Chase rare works of art, speak with clients, work on three current film projects I am producing.

Why do you live in NYC? Because I love its addictive energy, both positive and negative and it's irresistible ability to stimulate us in every fact of live imaginable.

My motto is... Breathe easy and don't sweat the small stuff.

The last drink I had was... My homemade summer pink drink

My secret crush is... I think I might be too late, but the young Sophia Loren

What was your first job? Delivering newspapers in the dead of winter in Detroit

If you had one day left to live in NYC what would you do? Stroll through Grand Central Station, stop and dine at the Oyster Bar, make my way to Central Park, and then over to the Hudson River, jump in and take a swim.

Who should we know? Ourselves