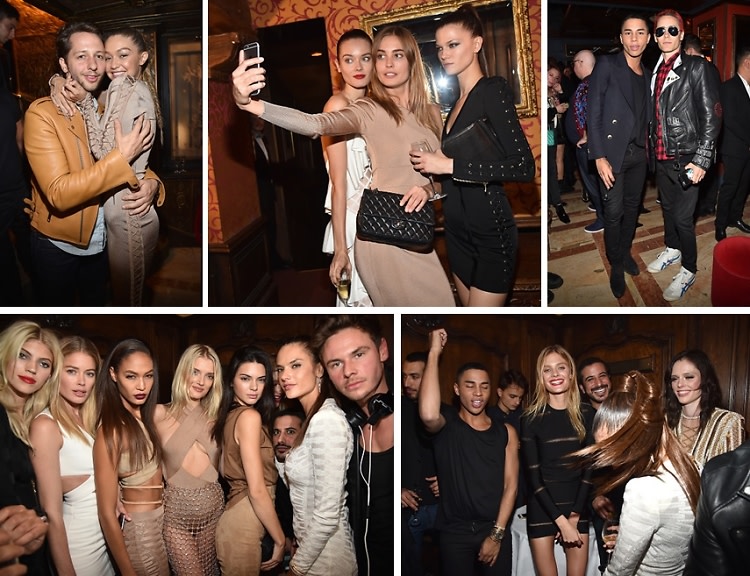 Even at the most hyped-up of fashion week parties, it's rare to see models and It Girls let loose and dance a little. Luckily, that wasn't the case at last night's Balmain after-bash in Paris, where designer Olivier Rousteing certainly had a reason to let his hair down and celebrate - his spring/summer 2016 show was a MAJOR success. After the show, he took his #BalmainArmy over to Lapérouse along the Seine, where a pink-haired Jared Leto rubbed elbows with Gigi, Bella, and Kendall, as well as Kris Jenner and Jada Pinkett Smith. Add some more top models and fashion editors into the mix and we've got ourselves one fabulous soirée!