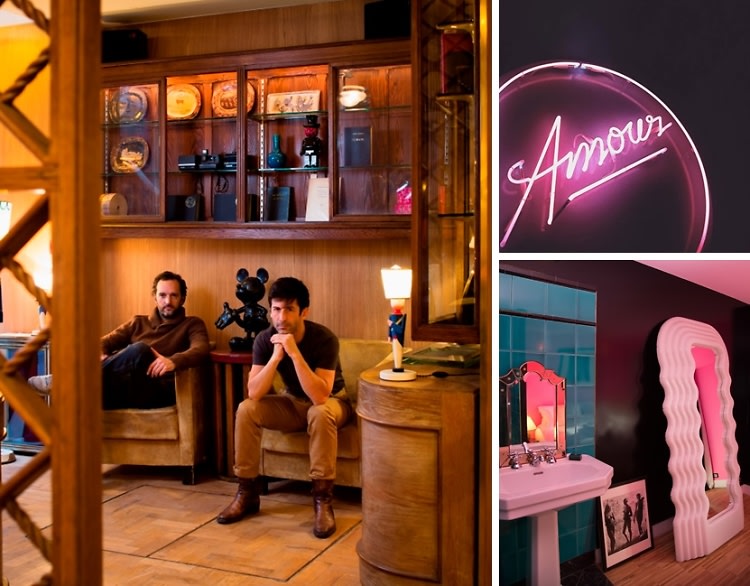 Haven't booked your Parisian getaway for the holidays yet? Now's the time, especially since the Hotel Grand Amour is officially open for business. Like the original Hotel Amour opened 10 years ago, the Grand edition is owned by friends André Saraiva, Thierry Costes, and Emmanuel Delavenne. Also like the original, it's a creative and collaborative space loved by French and American cool kids alike.

Located in the 10th arrondissement, in a Napoleon III-style building, the Grand Amour features 45 rooms, art from Keith Haring and Petra Collins, curated libraries by Glenn O'Brien and Olivier Zahm, and even Andre's special apartment on the top floor. If it's anything like André's other spaces, chances are you'll want to be seen there - or at least 'gram from it. We spoke to the perennial artist about his new space, who we can find there, and where he'll be hanging out when he checks in.