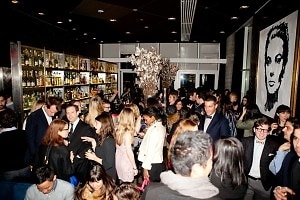 It wasn't "official" but Fashion Week basically started last night.  Jonathan Adler let people into his home, Brian Atwood showed off his heels,  Alexa Chung wore a cute Carven tuxedo shirt to a Barney's dinner, Glamour hung out at Fedora, and so much more. Let's take a look at last night! 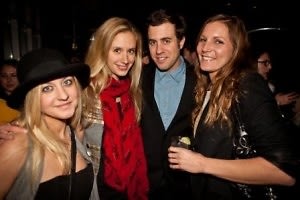 Where: The Jimmy @ The James Hotel

Who Was There: Fashion Types

Other Details: GofG hit up this stylish  party last night and had a great time. The views of the city from The Jimmy are spectacular and look all the better when you have a drink in hand and are standing next to someone good looking. Fashion trend of the night: hats.  [Image Via: Nick Wolf]

AmEx BY INVITATION ONLY Cocktail Reception with JONATHAN ADLER

Other Details:AmEx special card members got a treat last night in honor of Fashion Week with a swanky cocktail reception at Jonathan Adler's own house. Wonder if he only decorates with his brand?

Other Details: Alexa Chung hosted last preview of Carven designer Guillaume Henry's Spring 2011 Collection at Barney's. Alexa was of course, decked out in the designers clothes and looked just as stylish and adorable as ever. [Via]

Other Details: Last night honored Partners in Health's Dr. Paul Farmer. Much of the talk centered on gender equality, an important road out of poverty. New York Social Diary reports: "Dr. Farmer told us about a Haitian girl whom he has known since birth who was born with HIV – her mother died of AIDS – and who is now 20 years old. He ran into her recently on one of his trips to Haiti. The young woman has grown up educated about gender equity and equality. He asked her what she wanted to do with her life. She told him she wanted to start a business, to be independent, to determine her own future outside the binds a male dominated social structure." 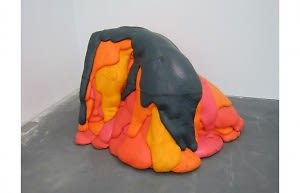 Where: New Museum on the Bowery

Other Details: Lynda Benglis rose to prominence during the 1960s and ’70s. Her most frequent medium is sculpture but she has produced a radical body of work in video, photography, and media interventions that explore notions of power, gender relations, and role-playing.

Other Details: Moste, a line of lacquered furniture and decorative accessories designed by Billy Cotton and Michael Bargo launched last night at the upscale department store.

The Wooster Group, A Version of Version of Vieux Carr Benefit by Tennessee Williams, After Party 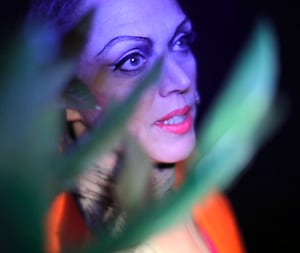 Other Details: In The Wooster Group's version of Vieux Carré, the Group experiments with new modes of expression for Williams' lyric voice. Gothamist spoke with the group's Kate Valk who said the inspiration is a  "kind of a '70s cinema verité romanticism and naturalism. Even though the play is set in 1938, it's a memory play and it's one of the last plays he wrote; he wrote it in the late '70s. So it's got that in it too"[Via] 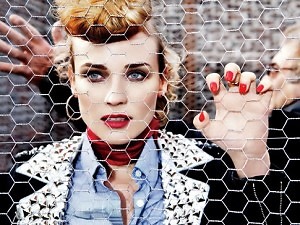 Other Details: Diane Kruger celebrated her March cover of Glamour with several stylish fashionistas at Fedora. The newly reopened joint may become a new hotspot. They've already gotten a NY Times write up and now this! When 13 year-old fashion genius Tavi goes to your bar, you're pretty much set! [Via] 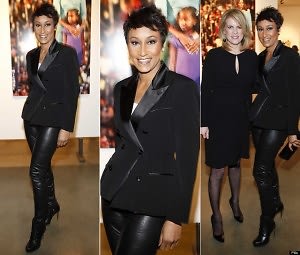 Other Details: Former White House Social Secretary and Washington's Best-Dressed Woman, Desiree Rogers, stepped out in her new role as Johnson Publishing's CEO for Kate Betts new book Everyday Icon: Michelle Obama and the Power of Style. Milk was decorated with images of the First Lady taken from the book which states, "Michelle Obama is helping liberate a generation of women from the false idea that style and substance are mutually exclusive." [Via]

Other Details: You can see more photos HERE and get more details on the event HERE. 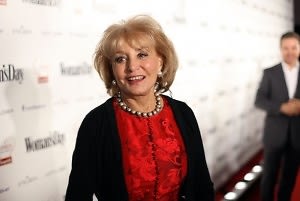 Other Details: Woman's Day held its annual Red Dress Awards honoring individuals who have increased awareness and contributed to the fight against heart disease and benefiting the American Heart Association and Events of the Heart. Plenty of A-Listers were in the house showing off their fabulous red garbs. [Via] 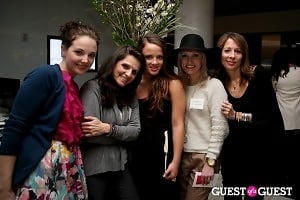 Who Was There: GofG's Rachelle Hruska, lots of editors, beauty writers

Other Details:Tory Burch, J.Crew’s Jenna Lyons and bloggers like Susie Bubble and OscarPRGirl were all headliners. The real show stealer? The self-proclaimed 4th Kardashian sister “Kranky”, AKA legendary comedienne, Joan Rivers. She  burst in the room at lunchtime, Chardonnay in hand, proclaiming “All I give a shit about is that you tweet to watch me and Melissa on WE TV tonight at 9pm". Hilarity ensued followed was a frank, and funny, discussion about chutzpah, life and laughter. Take a look at more photos HERE.

Other Details: Chelsea Handler was at her rumored boyfriends place last night, but sadly,  no one spotted them smootching. Andre was in and then quickly out of the event while Chelsea stayed the whole time. To take a look at more photos click HERE. 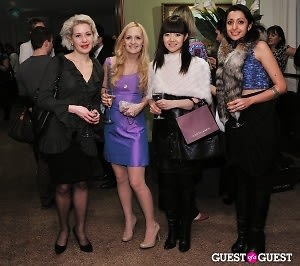 Other Details: You can view images of the event HERE and get more details HERE. 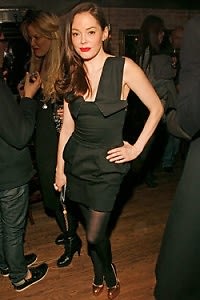 Other Details: All the well heeled fashionistas head to The Lion last night. As we mentioned in Monday's Fashion Files, six months after signing a licensing deal with The Jones Group Inc Brian Atwood launched his diffusion footwear collection, B Brian Atwood. The shoes are hot and priced lower than his normal gear. Rose McGowan was in the house and told NY Mag: ""The last time I danced on a table I was in Colombia in a drug den with a bunch of crazy arms dealers and drug dealers." Mkay. Apparently she did not know about the drugs until a series of shenanigans later. [Via]

COLUMBIA PICTURES Presents a Special Screening of JUST GO WITH IT 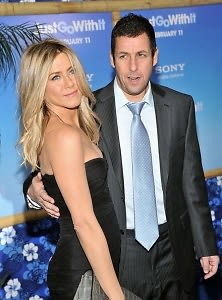 Where: The Ziegfeld Theatre

Other Details: Nicole Kidman was all smiles on the carpet with hubbie Keith Urban.  Jennifer Aniston looked amazing as usual, despite the fact that most people seem to want her lonely and depressed. "That I'm unhappy," the actress tells PEOPLE is the biggest misconception about her. "I'm really happy. Really!" I believe it. Do you? [Via] 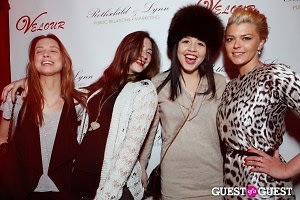 Other Details:You may recognize Malik from the reality show High Society. He debuted his handbag last night in over-the-top fabulous fashion. Malik was dressed in a custom tux jacket designed by MARCO HALL.  He is currently in talks with Lord and Taylor!Tinsley, who was spotted at the Dannijo event did not stop by. Why not? For more photos click HERE.