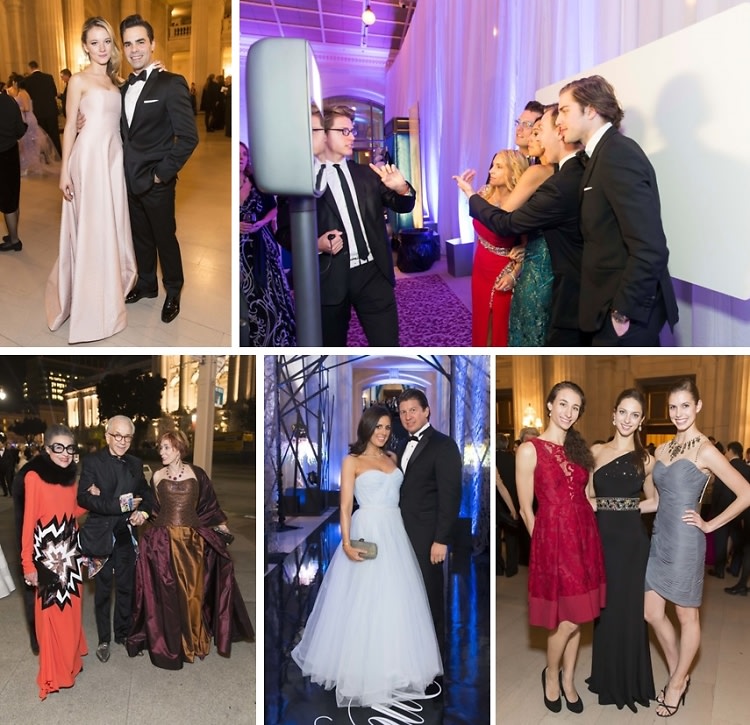 On Thursday, January 22nd, the San Francisco Ballet hosted its sold out 2015 Opening Night Gala dinner and performance. The theme was “Infinite Romance,” and was designed to be a valentine from the Ballet and its audiences in the Bay Area and around the world.

A capacity crowd of 3,400 celebrated the gala opening of the 2015 season at San Francisco’s City Hall as well as across the street at the War Memorial Opera House. The 73-year-old company, America's oldest (and under the direction of Helgi Tomasson for the past 30 years), brought together world-class dance and enthusiastic aficionados and partygoers. The receiving line included renowned choreographer Christopher Wheeldon, Patricia Kelly (wife of the late movie legend Gene Kelly), designer Tuan Tran, politicos and other prominent San Francisco Bay Area denizens. Members of The San Francisco Ballet ENCORE! society—the group comprised of the organization’s youngest supporters—held a spirited cocktail party that preceded the opening night performances.

[Click HERE for more photos by Drew Altizer from the Opening Night!]