What should have come as no surprise to anyone is Justin Timberlake trying his hands at social networking.  The pop/R&B crooner and actor has joined new owners, Specific Media, to head creative direction and strategy. There's hope for JT, here's some ideas that may add life support to "My[__]".

JT was quoted in the official media release and shared his plans for the site.

"There’s a need for a place where fans can go to interact with their favorite entertainers, listen to music, watch videos, share and discover cool stuff and just connect. Myspace has the potential to be that place.

1. Incorporate more SNL worthy songs and videos. Have aspiring artists create and record comedic skits and music videos. And keep it strictly Myspace-geared by hosting contests for the winning video to be featured on SNL. By keeping the contest strictly via Myspace memberships, it would shift in some artists who primarily use YouTube to share their music.

What if he joined forces with Sean Parker? The very person he successfully portrayed in The Social Network. Heads and computers might explode from such a pop-culture and social media overload if these two were even seen in a boardroom together but imagine the incredible possibilities. At the 20:54 minute mark in this NExTWORK Conference interview with Jimmy Fallon, Parker gets asked “Where did Myspace go wrong?”

“The failure to execute product development,” Parker replied. “They weren’t successful in treating and evolving the product enough, it was basically this junk heap of bad design that persisted for many many years. There was a period of time where if they had just copied Facebook rapidly, they would have been Facebook. They were giant, the network effects, the scale effects were enormous.”

Given Parker's social media expertise and known separation from Facebook, would it not be mischievously-ingenious for him to help revive MySpace?

3. Fund their own small performances with artists that are just about to peak.

It would bring Myspace into relevance when seen on the "step & repeat" against the next artist that the internet turns into a star. By taking subtle angles at attaching itself to kids who are essentially going to be the next up, it will inch the site closer and closer to life. And who knows, it may possibly bring Myspace back to being the place where upcoming artists catch their "internet break" but more importantly, the site that is regarded for breaking artists out. 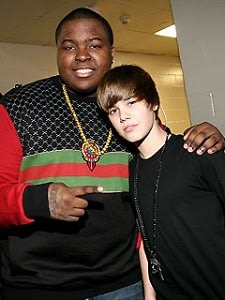 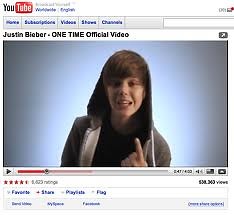 An exorbitant amount of funding will be needed to light the internet spark under the ass Myspace. The reality of it is that the road will be very hard. They are facing extreme competition from Facebook, which seems to re-invent itself every 6 months and the infectious element of celebrity disclosure on Twitter. It may take 1 year or a couple of years. Justin might lose some hair over this. But the reality of it is that it must be done now.