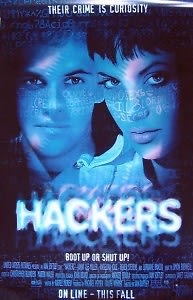 In news that should shock no one, the Times published a couple of articles over the weekend highlighting the threats Facebook and Twitter pose to user privacy. We're not sure which is worse: getting busted for organizing a Group of 20 protest or sending out Victoria's Secret spam to friends. But the danger is real.

A Sunday Times editorial explained how the government and law enforcement agencies increasingly rely on internet social networks to get us all in trouble. The Times singles out "tax delinquents, copyright infringers and political protesters" as the kinds of ne'er-do-wells especially at risk. Now, we're sure The Man's methods are more advanced than our own, but we're scratching our heads on the tax cheats. Anyone dumb enough to tweet "OMG, Making the IRS my bitch again in 2010!!!" deserves to get caught.

Still, monitoring methods can get pretty insidious. We've all made up fake user accounts to spy on and converse with our latest crushes (right?). But now cops are also jumping on the undercover lover bandwagon. One example included the F.B.I. searching the home "a man suspected of helping coordinate protests at the Group of 20 meeting in Pittsburgh by sending out messages over Twitter" last October.

Such actions prompted a lawsuit by the Electronic Frontier Foundation and a public interest group from Berkeley (where else?) that asks "whether agents are permitted to use fake identities or to engage in subterfuge, such as tricking people into accepting Facebook friend requests."

The Times points out that the bulk of current privacy law predates the internet and that "a national conversation" is needed to address the issue. Well, nothing like an editorial in the Sunday Times to get that sort of conversation started, so chat away. Just be on the lookout for bugged phones, hacked Twitter accounts and low-flying helicopters before discussing.

Moving onto a better-known pain in the ass, Brad Stone wrote yesterday that e-scammers are no longer content to bombard your email with ads for penis enlargement supplements. Instead, they hack into your database of Facebook friends and nit-Twits and blast all of them with horrible, horrible spam.

Says one victim, whose Twitter account sent out untold numbers of fake Victoria's Secret gift certificates: “No one had said anything to me. I thought, how long have I been Twittering about underwear?”(Don't feel too bad; the man's password was "abc123".)

Even more mortifying than exposed tax evasion or becoming an accidental undies shill? Working at the Pew Internet and American Life Project and being targeted by a spam virus that let your colleagues think you'd drop "LOL" in conversation. Says the victim: "“I’m worried that people will think I communicate this way.‘LOL,’ as my children would tell you, is not the style that I want to engage the world with.”