A cheap way to make your party cooler, a way to avoid traffic, a close look at an Up house made of balloons, 3D fashion design, and SXSW stories! Plus, vintage computer ads and more!

1. Google Maps Navigation directs you around traffic. The  new Google Maps app for Androids first set of directions provides you with the fastest route in current conditions. So, if there's a pile-up of cars along the highway, Google Maps will lead you an alternative way. Excellent! [via Gizmodo] 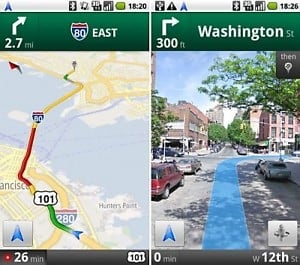 2. Funny and Ridiculous Vintage Computer Ads. The MacBook Pro would scoff at the monitors of these vintage computers. Work it, Bill. [via Buzzfeed] 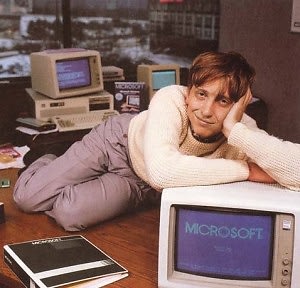 3. College professor commissions android clone of himself, for unknown reasons. This robot below is a Geminoid DK, an android clone of Professor Henrik Scharfe of Denmark's Aalborg University, built in conjunction with robot manufacturer Kokoro (who built Raptor Santa Claus) and famed roboticist Hiroshi Ishiguro. Why? Who knows- one certainly doesn't need a robot clone of oneself, but hey, why not. [via i09]

4. If you're having a party, you better make sure the lighting's on key. Try out this Multi-Color LED lightbulb. Comes with sixteen colors, four transitions (flash, strobe, fade, smooth), and a remote to control these effects. Not bad for $39.99. [via ThinkGeek] 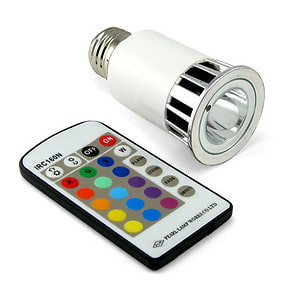 5. Woah. National Geographic has built a house inspired by Pixar's Up! Engineers and scientists woke up at dawn to set up. The house was launched in a private airfield outside L.A. Measuring 16 feet by 16 feet and 18 feet high, the yellow house was buoyed by 300 8' weather balloons, setting a new world record for the "largest balloon cluster flight ever attempted." It reached an altitude of 10,000 feet and flew for an hour.[via Gizmodo] 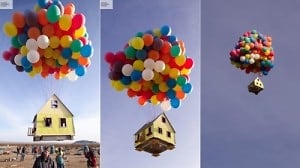 6. Continuum: Computational Couture. This application allows you to design your own dress, then transforms your design into a 3-D model, and exports a cutting pattern to make the real dress sized to your measurements, which is then sewn into a real dress design. The website is still in progress and has yet to be complete, but you can try out the program HERE. [via Kickstart] 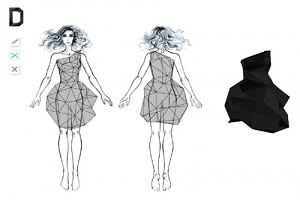 7. SXSW Startup Stories. Get the story on the biggest and best successes. [via Mashable]

8. Writing the history of Egypt's revolution in Tweets. Twitter played a crucial role in the overthrow of President Mubarak. OR books plans to collect a 160-pg. long sequence called Tweets from Tahrir. A commenter reviews the intensity of the tweets [via Mashable]:

“Raw emotion bursts from their messages, whether frantic alarm at attacks from pro-government thugs or delirious happiness at the fall of the dictator,” reads a description of the book. “To read these tweets is to embark a rollercoaster ride, from the surprise and excitement of the first demonstration, to the horror of the violence that claimed hundreds of lives, to the final ecstasy of victory.”

9. Samsung demos an ambient light-powered transparent LCD. Samsung displayed a device at CeBIT 2011 last week -- a prototype 46-inch display with a high-powered resolution and ten-finger touchscreen capability. This is quite an incredible feat of engineering.  [via Engadget] 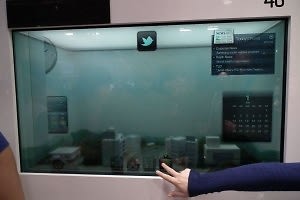