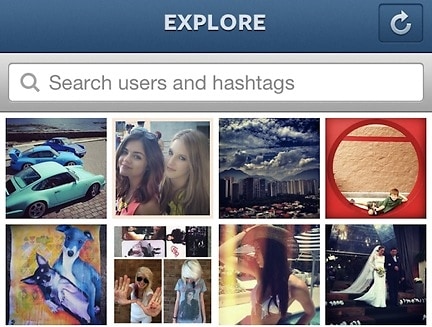 Instagram on the iPhone gets its first major makeover since being purchased by Facebook, Google is sponsoring free Wi-Fi in the New York subways, Apple removes the claim of immunity to viruses, Microsoft purchases corporate social networking site Yammer, and more in today's tech round up!

1. Instagram on the iPhone had its first major makeover since Facebook purchased the app for more than $1 billion. The app has replaced the "popular" section with "explore"- which allows you to search photos from certain events or usernames. The app also gives you the opportunity to post photo "likes" directly to Facebook, as well as being seemingly faster overall. [Mashable]

2. This summer Google is sponsoring free Wi-Fi in a number of subway stations. Boingo Wireless has teamed up with Google, and hopes to have wireless in 36 subway stations by the end of the year, and in 270 stations over the next five years. Although Google's sponsorship ends in September, Boingo expects to continue to recieve sponsorship to provide free Wi-Fi for the New York subway system. [NYTimes]

3. After a Flashback Trojan virus outbreak that affected more than 600,000 owners of Macs, Apple has removed their claim of virus immunity on their website. The statement on their website originally said that "a Mac isn't susceptible to the thousands of viruses plaguing Windows-based computers," but the statement now says that the Mac is "built to be safe" and that it has defense to prevent certain viruses. [Telegraph]

4. Microsoft has purchased the corporate social networking site Yammer for $1.2 billion. Microsoft says that they purchased it to expand their portfolio of services and although Yammer CEO David Sacks will join the Office Division, Yammer will continue to operate on its present location of San Francisco. [CNet]

5. Facebook has changed the preferred email address on everyone's profiles- without notification. Facebook has added the @facebook.com email address that anyone with a Facebook has to the "about" section on your profile. Although it is easily changeable, many tech bloggers are expressing their dislike for the switch. [NYPost]

6. Apart from giving you updates and funny one-liners, Twitter can now be used as a command system for everyday household appliances. The system uses an arduino board (so you would be required to do some coding), which is then connected to twitter. Once connected you are able to tweet to Tweet-a-Pot and instantly start brewing coffee no matter what your location. [Mashable]

7. Getaround is a service that allows you to rent your car to strangers while it is sitting idle. With a billion cars on this planet, it is not surprising that cars of idle 92% of the time which is why Jessica Scorpio is hoping that the program Getaround takes off. Within its first year, it has 10,000 people signed up, and they are hoping to continue to grow in future years. [FastCoExist]