Apple may have its highest holiday retail season ever, the iPhone is going to Sprint this Fall, protect yourself from Facebook's new privacy changes, an expected end to HP's TouchPad and much more in today's Tech round-up!

Rather than placing users' privacy controls on a settings page a few clicks away, users will now be able to modify an individual post's privacy settings--right from the post... If you update your status, you'll see a drop-down menu, located below the text box and next to the "Post" button, that lets you select whether this status update will public, friends-only, or selectively shared with only a few individuals. [HuffPost] 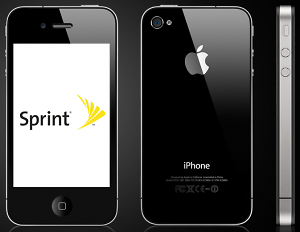 2. The iPhone 5 could be coming to Sprint. Rejoice Sprint customers, you may have a cool phone within your midst soon. Soon as in mid-October. And if the AT&T-Mobile merger actually happens, that means the iPhone will be available on every single major carrier in the US for the first time ever. Steve Jobs, your takeover is not subtle. [WSJ]

3. They are also predicting the highest holiday quarter in sales for Apple ever due to this Sprint deal. [AppleInsider]

4. 7 weeks after it was placed for sale, HP killed its TouchPad tablet. There's been an increasing trends of tech companies wasting no time in cutting their loses. Jim McGregor, research director for In-Stat explains:

Companies kill new products more quickly now because of the higher cost of staying competitive...The life cycles are very short because there is obviously huge competition. Even if you do have a blockbuster, you know you’re going to get leapfrogged in 6 months. You have to come out with something that really knocks off the pants and then follow it up. You can’t just sit there and say, ‘Hey, I’ve got a success.’ [NYTimes]

5. We survived the earthquake in New York. We rejoiced. We all tweeted about it promptly after.

DC, however, being the closest to Virginia, took the cake when it came to rolling the tweets onto the internet. Twitter also recorded more tweets related to the earthquake than news following the discovery of Bin Laden's death. [HuffPost] 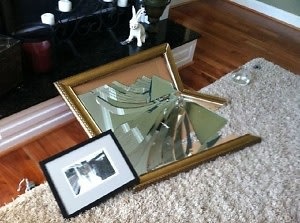 6. Speaking of the earthquake, here's how some people recorded the impact in their surroundings.

7 Things You Should Know About Facebook's new privacy settings. [HuffPost]

8. Groupon's joint venture in China has closed its offices in some cities and laid off hundreds of employees. They may have "bitten off more than they could chew" in regards to their strategy in a large market ahead of its planned initial public offering of stock. [WSJ]