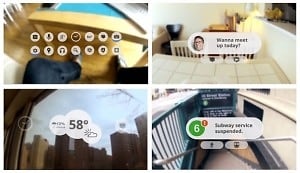 Robicelli's cupcakes thrive via the internet, Dell attempts to outdo the Mac, Mark Zuckerberg influences the latest fashion craze, Google Glasses advance and so much more in today's tech round up!

1. Allison Robicelli, along with her husband Matt, have redefined the necessities for a successful business. With no storefront and a rented kitchen, Robicelli has succesfully become one of the most well known cupcake wholesalers in New York City solely through her use of the internet. Taking orders online and continually growing in popularity through the twitter craze, Allison Robicelli (and her 200 plus cupcake flavors) have altered the standards for a successful company. [FastCompany] [Photo via]

2. After years of competing for the top spot in computer sales, Dell may have finally found the answer to successfully outdoing the Mac. Dell's new XPS 27 is comparatively very similar to the iMac 27. Offering a wireless keyboard and mouse, this computer monitor even has the available option for a blue-ray player (something that cannot be found on a Mac). It is unclear how long Dell will be able to keep up with Mac with rumors running about further updates to Mac's already technologically advanced computers, but with Bluetooth 4.0, Wi-Fi, and 4GB of memory has a standard set up, the Dell XPS 27 certainly comes close. [Mashable] 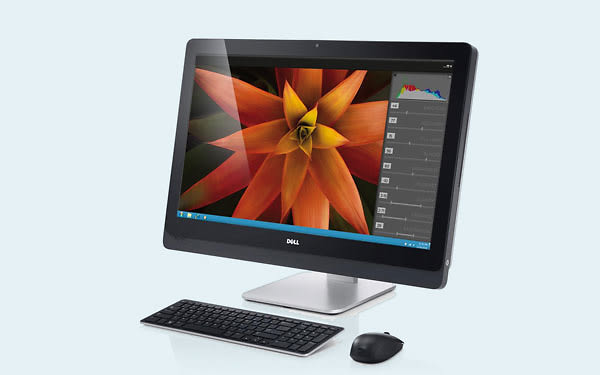 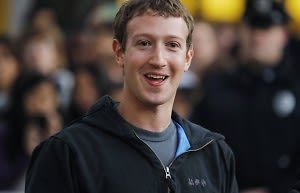 3. Mark Zuckerberg is the CEO of Facebook, and a technological genius. That same guy who is worth billions thanks to a social networking website is also be the inspiration for a new fashion craze. Zuckerberg, who is famous for his casual look and always donning a hoodie, has inspired BetaBrand.com to create executive couture. They have created hoodies with pinstripe and plaid prints in high quality material. Who would have thought that the worlds of technology and fashion could intertwine thanks to a 28 year old genius, famous for his lack of effort in the fashion department? [CNet] [Mark Zuckerberg, photo via]

4. Although news about Google Glasses has been flooding the internet for months, we are finally starting to see real progress with the futuristic invention. Google has recently released a video taken by the device itself. The video, of somebody jumping and flipping on a trampoline, shows that the development of the glasses is true and that they are progressing steadily with the invention. Those wearing the glasses would have agumented reality images projected into their field of vision. Additionally, these glasses would have the capabilities of a smartphone including sending text messages, and emails in addition to giving weather forecasts and displaying events on your calendar. Soon enough, everything you need will literally be right in front of you. [Mashable]

5. Facebook has basically taken over the internet, and now they hope to overtake another market. The smartphone. It is believed that Facebook is hoping to launch their first smartphone by next year. The smartphone has been a work in progress for Facebook as the project is believed to have begun in 2010. After several failed attempts, the smartphone was put on hold due to several complications. It looks like the smartphone is almost ready to launch and could potentially add to Mark Zuckerberg's ever growing empire. [Mashable]

6. 400,000 people were unable to access their Gmail yesterday morning due to an outage on the server. Although the outage affected less than 0.11% of Gmail users, with about 350 million users the outage left 400,00 people without mail. Google began investigating the outage at around 9:20 am and by 11:50 am the problem had been resolved. [Mashable]

7. Samsung has launched an online music streaming service called Music Hub. Similar to Apple's iTunes, Music Hub offers a 19-million song catalog which can be purchased by users which are then stored both online, and on your personal devices. You are able to search, create playlists, share songs and more. There is also an updated version available for 9.99 euro per month. Your music library can be accessed on any PC through their website. [Mashable] 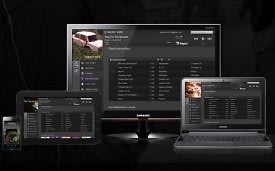 8. Stealing an iPhone has grown more and more difficult, thanks to the technology that Apple has created. When Katy McCaffrey's iPhone went missing while she was on a Disney Cruise, she never imagined that she would be able to catch the thief simply by logging onto her computer. One of the features on the iPhone is that with the use of iCloud, photos sync directly to your computer without having to be connected. When photos of a Disney Cruise employer and his friends started showing up on her computer, Disney was able to track down the employer and locate McCaffrey's iPhone. [Mashable]