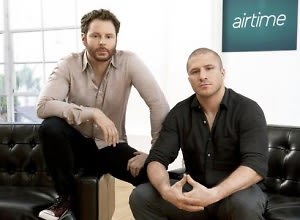 It turns out 34% of Facebook users spend less time on the social networking site, the Napster founders have founded a video chatting site called Airtime, touchscreen phones now have the technology for raising, and disappearing keyboards, and the new Layar Creator allows you to interact with magazines, and more!

1. A recent study whos that 34% of Facebook users spend less time on the site than they did 6 months ago. Nonetheless, 40% of Facebook users still visit the site every day, but their seems to be a declining interest. Perhaps some of it has to do with Facebook being flooded by advertisements. A whopping 80% of users say they've never bought a product or service after viewing an ad on Facebook. [CNet] 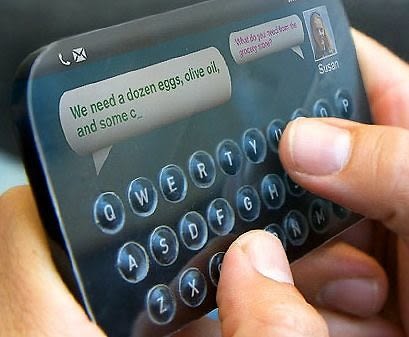 2. Tactus Technology may have just came up with a solution for those who think typing on a touchscreen is too troublesome. They have created a Tactile Layer that rises from the surface of any touchscreen, generating physical buttons for users to type with. The incredible microfludic technology allows shapes to rise from the touchscreen, forming a physical keyboard. When typing is complete, the keyboard simply sinks back into the screen leaving the user back with the standard touchscreen. [TGDaily]

3. The moving newspapers that JK Rowling envisioned in the Harry Potter series may become a reality thanks to the augmented reality technology of Layar. The recently released Layar Creator web based app turns printed pages into digital videos through the use of a smartphone. The system allows users to interact with a print magazine, viewing videos, and purchasing products directly through the app. Perhaps this sneak peak video will help better explain... [FastCompany]

4. A brand new iPhone app called Stilla allows users to get a 3d projection of their location. The app works by taking a series of photos from different views, while remembering the users location. The photos are then positioned in a way that allows the user to see a full 3d spectrum of views on the same axis. The future of photography in the palm of your hands! [CreativeApps]

5. Earlier this week, it became apparent that a Russian hacker website has control of millions of passwords for LinkedIn users. Although its not clear exactly what motives they have, experts are recommending that LinkedIn users change their passwords drastically, and immediately in order to avoid any possible identity theft. [Dagens] 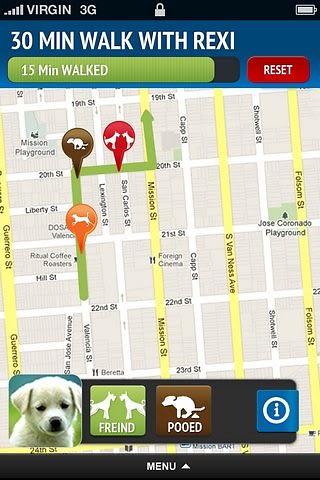 6. NYC doglovers can now track every move their pooch makes with Swifto, the ultimate dogwalking app. The app lets owners track every step their dog makes using GPS, and can even tell when the dog is going to the bathroom. The interactive map shows owners the route of their dogwalk, and updates with realtime. This is an ideal app for dog owners with busy work schedules who like to check in on their precious pets throughout the day. [FastCompany]

7. The first transcontinental journey by a solar-powered airplane was completed on Tuesday. The plane, which has the wingspan of a Boeing 777, is fitted with 12,000 solar cells across its wings. Sunlight is absorbed by the cells during the day, allowing the plane to charge itself for nighttime journeys. Miraculously, the plane only weighs as much as an average family car, despite its massive wingspan. [USAToday]

8. Napster founders Sean Parker and Shawn Fanning are at it again with their new video chat site called Airtime. The new service, which debuted Tuesday, allows users to connect via Facebook, and video chat with either friends, or random people who have similar interests. Airtime also allows users to IM, and even share videos while the video chat is in session. [NYTimes]