The war between Google and Facebook wages on; Facebook arises suspicion in German regulators; the Aero-Plane may soon revolutionize transportation, Gmail's highly anticipated IPhone app is debuted and just as quickly taken down. Your next phone may bend, and so much more in today's tech news round-up!

1. The battle for the future of the web continues as the web's wonder twins Google and Facebook will stop at nothing to win over technology's geniuses, land lots of ad money, and catch society's attention. It's no small competition. Only one can determine the future of the web - and the result will affect how we get our information, communicate, buy, and sell . Will it be Facebook, the reigning champion of the social web or Google, the company the organized the world's info and showed us how to access it? [CNN] 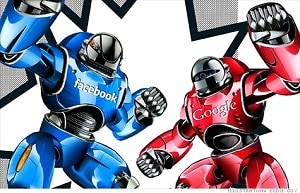 2. Netflix may be the new AOL. Not in a good way either. Both companies are seeing their stocks plummet tremendously. Despite its millions of continuing subscribers, reports of solid sales growth, and generation of quite a bit of cash, shares for Netflix have plummeted 52% this past year. It's the company's immense price increase for watching the countless videos it offers that's the problem. In the third quarter of the year alone, Netflix has lost 800,00 subscribers.[CNN] 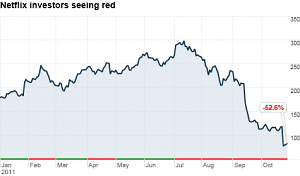 3. Robot wars are not quite in the near future after all. Though the US Department of Defense had predicted that by 2015, 1/3 of our nation's fighting strength would come from robots, experts warn that the machine wars often displayed in movies will remain science fiction for quite some time. With the occasional prediction that this may lead to the end of the world, however, this may not be a bad thing. [BBC] 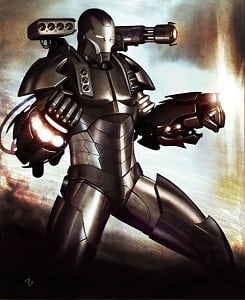 4. German regulators become suspicious of Facebook. The German data privacy watchdog recently stated that Facebook may be tracking their users' internet activity even after they've cancelled their accounts. This was concluded after the investigation of how cookies are installed once a user opens and then closes a Facebook account. Despite the company's detailed account of how it uses its cookies, the arguments did not justify its practices and Facebook has agreed to enter into a discussion regarding the issue. [NY Times]

5. Trains may be on their way to reinvention. Since the transportation's invention 200 years ago, there hasn't been much of a change. With a new wave of ideas, however, the way we travel may soon be changed forever. New "pods" at Heathrow Airport in London are personal cars that drive themselves automatically to passengers' destinations. On demand journeys are available at the push of a button, all controlled by computers and lasers instead of humans. Another new technology, the Aero-Train, a plain-like vehicle that travels just 10 cm off the ground is in the process of being developed and tested. Such new inventions, among others are pointing in the direction of revolutionized transportation. [BBC] 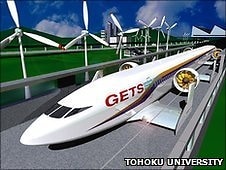 6. Gmail app for the IPhone debuts - and just as quickly disappears. One of the most highly anticipated apps for Apple, the Gmail app, was debuted just yesterday, promising a smoother experience with new features. A few minutes passed and the app was pulled from the Apple store after facing some issues. The company is now working on fixing these problems so the app can be relaunched. [CNN]

7. Free Wi-Fi is to be established in Central London. Starting November 1st, through the remainder of the year, the public will be able to use high-speed internet service for free in certain areas of the city, courtesy of Nokia. If the two-month trial is successful, the company will turn it into a complete free Wi-Fi service throughout certain areas of the city early in 2012. Most hotspots at the moment are located near London's Oxford Street, shown below.[BBC] 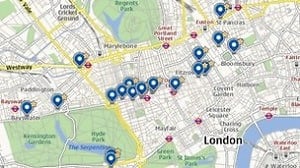 8. Your next phone may bend. Expecting phones with flexible screens sometime in 2012 may be a bit optimistic, but not unthinkable. Just last week, Nokia demoed a handheld device that lets users bend and twist the screen to complete actions like scrolling and zooming and Samsung said it expected to debut phones with flexible displays in 2012 and flexible keyboard were to follow.[CNN] 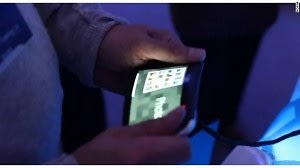 9. Steve Jobs' glowing reputation seems to have quickly diminished. The glowing obituaries that appeared seconds after the Apple co-founder's death was announced on October 5th were replaced by articles like Gawker's "Steve Jobs Was Not Good" just eighteen hours later. Just as candlelit vigils were beginning to form outside Apple stores worldwide, bloggers began their assault. [NY Times] 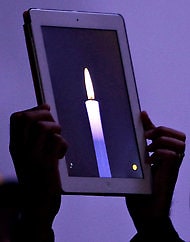