More changes to Facebook, a new CEO for HP, updates for Blockbuster, Microsoft Build(s)-A-Bear, and so much more in today's tech news roundup! 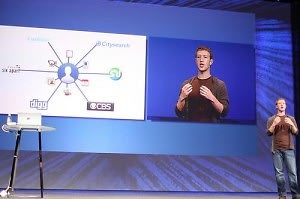 1. Facebook to announce more changes. That's right. After a trickle of changes to Facebook over the past few weeks, the most recent one being on Tuesday night to the home pages of its 750 million users, CEO Mark Zuckerberg is set to announce some major changes at the annual f8 Developers Conference in San Francisco today to the social website. Again. Except for the fact that Facebook users are creatures of habit, it should go over well. [WashPost]

Update: The announcements include a new app called "Open Graph" that will integrate music and video services such as Spotify, Rhapsody, Netflix, and Hulu, and more. However, the integration of Netflix into Facebook will only be available in Canada and Latin America initially. [EnGadget]

2. Meg Whitman to be named CEO of HP. Former CEO of eBay and former candidate for governor of California, Meg Whitman, is set to become Hewlett-Packard's chief executive when the market closes today. She will be replacing current CEO Leo Apotheker after 11 months of running HP. [NYTimes]

4. Sprint to cap unlimited data? The iPhone 5, which is set to release on October 4, might be heading to the third-largest nationwide mobile network. However, even though Sprint is depending on that and its unlimited data plan to lure customers away from the other two major networks, Sprint is set to add a 5GB cap to their mobile hotspot plans on October 2, with overage charges at five cents/MB. It only affects the $30/month mobile hotspot plan. [TechCrunch]

5. Build-A-Bear and Microsoft team up. In what might be one of the cutest collaborations ever, Build-A-Bear's bears are set to work with Microsoft's Kinect in Kinectimals Now With Bears, a Kinect-connected game for the 360. The bears will have special tags that will allow them to appear in the game, allowing the user to control and play with them. So far, four special edition bears are Kinect-enabled. Little girls everywhere may squeal with delight if they find these. Parents, on the other hand, may have to wish the abyss that is in their wallet doesn't go any deeper. [SlashGear]

6. For your fingers. Someone on Etsy decided to make a Lego-style MacBook Keyboard. Colorful and easy to assemble, it brings a new meaning to being a wordsmith. [Etsy] 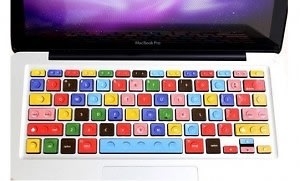