Facebook has to pay the FTC for lying about users' privacy, Google finally decides to get rid of the black navigation bar and bring on an indoor floor plan, the world of Spotify might never be the same again, breaking up is hard to do so AT&T pays $4 billion to call it off with T-Mobile, and so much more in today's Tech News Round Up!

1. Facebook has to pay up for misleading its users about privacy. The FTC originally accused Facebook of deviating from their promises in regards to privacy, including sharing users' personal information with third parties without their knowledge or consent. The Zuck admits that Facebook has "made a bunch of mistakes [in regards to users' privacy]". Facebook will also be audited for the next 20 years. [Mashable]

2. No more ugly black bar on top of Google's home page. In what can only be termed an eyesore for its all-white page (aside from the logo), the black bar across the top of the home page on Google is going away! It will be replaced with a pop-up menu that appears when you move your mouse on the Google logo with links to your services. [Mashable]

3. Google Maps is now indoors. Only available for Android phones, and still in beta mode, Google announced that it has partnered with 25 major businesses that handle a large volume of foot traffic or customers, such as international airports and major retail stores like Macy's and Bloomingdale's, in order to bring you a floor plan of the buildings. No more need to search for the building directory just to locate a restroom or a bar. It'll all be accessible in the palm of your hand. [CNN] 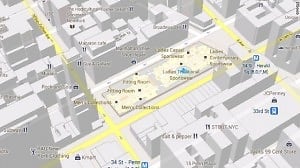 4. Spotify to announce changes today. According to All Things Digital, they expect Spotify to announce the ability to let third-party developers to tap into the music library to open it up to their own users, but the Wall Street Journal thinks it will start offering apps which would allow its users to add various features to its online music service. Game on, iTunes, game on. [AllThingsD] and [WSJ]

5. AT&T and T-Mobile are breaking up for the sum of $4 billion. While the merger between the two isn't considered dead, AT&T asked the FCC for permission to remove its application for the $39 billion acquisition. The wireless carrier said it will focus on winning an anti-trust lawsuit brought on by the Department of Justice. [PCMag] 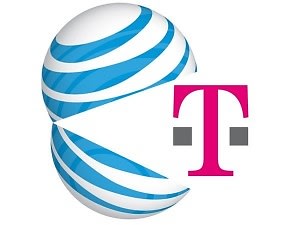 6. A smart-phone shot film aims to be the first feature-length film in theaters. While movies have been shot on smartphones before, none have been shown in theaters. A movie called "Olive," shot entirely on a Nokia N8 phone and a 35mm lens, is aiming to do just that. It's backed by former Facebook CPO, Chris Kelly, and stars Gena Rowlands. Randi Zuckerberg (Mark's sister) also has a role in the film. [TechCrunch] 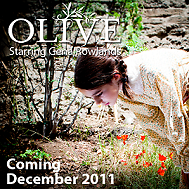