In the last 24 hours, Britney debuted a new music video, Radiohead a new album, and Paris Hilton turned 30. Plus, Marky Mark Zuck met with POTUS, and Grand Central is going to be the spot of the world's largest Apple store.

But for me personally, the digitization of every issue of SPY magazine is the most exciting. It's two day's worth of reading lists in one! 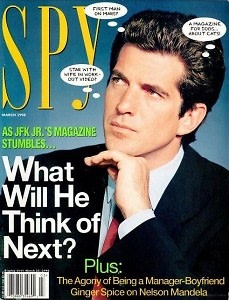 1. Google has digitized every issue of SPY Magazine. If you don't know what SPY Magazine was, check out Dave Eggars description: "Smart. Funny. Fearless."It's pretty safe to say that Spy was the most influential magazine of the 1980s. It might have remade New York's cultural landscape; it definitely changed the whole tone of magazine journalism. It was cruel, brilliant, beautifully written and perfectly designed, and feared by all. There's no magazine I know of that's so continually referenced, held up as a benchmark, and whose demise is so lamented" [Google].Founded by Graydon Carter and Kurt Andersen, [Wiki] I first heard about the news via Andersen's tweet and am beyond excited to dive into SPY.

@KBAndersen: Google's digitized every issue of Spy magazine. Half up now, the rest soon. (The internet has justified itself).

2. The real "Big Apple." Crazy news. Apple just announced late yesterday that they will be opening the world's largest Apple store in the Big Apple's Grand Central Station. "Cult of Man" independently confirmed the massive scoop on the massive store that will "open in the fall, likely early September." This is the 10th anniversary of Apple retail. But how are they going to beat London's Covet Garden store (at 40k sq feet). People are spinning their wheels over here: [CultOfMac]

3. Steve Jobs, Eric Schmidt and Mark Zuckerberg met With President Obama yesterday in San Francisco. Woah. The entire list of "Top Silicon Alley Execs" planning to be at the meeting can be found here: [NYT] Pete Souza managed to get this photo for the White House's Flickr page of last night's dinner in Woodside, CA. Notably underrepresented were the ladies. [Flickr] 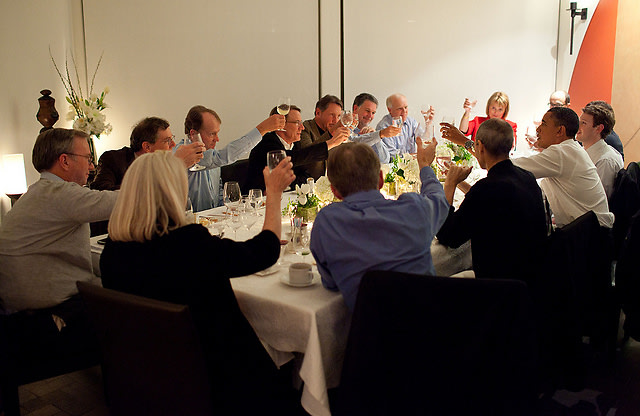 4. "The King of Lambs" by Radiohead. The band released it's latest album today to rave reviews. You can download the album for $9 a day earlier than was expected [HERE]

"The King of Limbs" reinforces the idea that Radiohead is the band that makes the most interesting and satisfying rock recordings since the Beatles. Nearly two decades into its recording career, Radiohead is still the standard for the present and future of rock." [WSJ]

5. Britney Spears' music video for her latest single "Hold it Against Me" is up on YouTube. I will let you be the judge on whether or not this is working for her (I tend to think it's not):

6. It is really nice in NYC now. And, the snow is thawing all over the city. To say it's disgusting to see what's under the layers is an understatement. It's shit. Literally. [DNAInfo]

You really should enjoy the weather out there today. Here are some free things to do in NYC this Friday: [TimeOut] 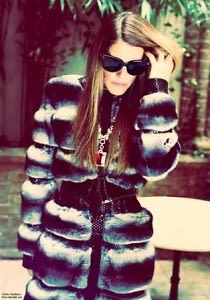 7. A day in the life of Anna Dello Russo. The editor of Vogue Japan sits down with fashion designer Tory Burch to go over a typical day in her fabulous life. I'm obsessed with this woman! (Anna not Tory), [ToryBurch]

8. Google elbows Apple. Google Inc. fired another salvo in its broadening competition with Apple Inc., opening a payment system for digital content that will let publishers keep a bigger share of revenues than a service launched by Apple this week. [WSJ]

In other Google news: New research shows Google's public search data can be used to beat the stock market by as much as 10 percentage points per year. [WSJ]

9. Paris Hilton turned 30 yesterday and celebrated by throwing a party at Lavo [GofG]. She also unleashed an iPhone app. I'm still confused about what it's purpose is but she went on Letterman last night to talk about it (he had other plans):

Talk about "The Best $2k," Go read this story from the person that stole Paris' $2k cake from her birthday part in LA. [DailyWhat]

10. Facebook has added two new relationship status options users can include in their online profiles: "in a civil union" and "in a domestic partnership." [HuffPo]

11. I have a healthy obsession for Brian Williams. LOVED him on the Daily Show with Jon Stewart this Wednesday:

On his glasses: "I got these. Without them, I am a guy who failed to complete his studies at Brookdale Community College in New Jersey. But with them, I went to the Ivy League." [FkYeahBW]

12. Rep. Gabrielle Giffords’ recovery is going better than expected, but she still hasn’t been told the details of the January 8 shooting. [CBS]

14. Then go watch Lady Gaga on Good Morning America dressed like a condom:

15. Nordstrom buys online shopping site: HauteLook for a cool $270 mil. Reminds me of my affinity for Nordstrom stores back in the day. Think I'll support this decision. [Mashable]

16. Watson beat out Jeopardy champ Ken Jennings Wednesday night.  Jennings talks about what it was like to play against the super-computer. [Slate]

17. James Gulliver Hancock is on a mission to draw out every building in Manhattan. I'm totally into his project. [AllTheBuildings via CrazyLovesCompany]

18. Patti Smith was at 92Y reading excerpts from her novel "Just Kids." Apparently it was good! [Hyde]

20. Save NPR and PBS (Again). The Republicans just released their budget proposal, and it zeroes out funding for both NPR and PBS—the worst proposal in more than a decade. Go sign the petition to keep funding going! [Spittle]

21. Soup Soup's Anthony DeRosa does a story on the economics of internships for Reuters. [Reuters] 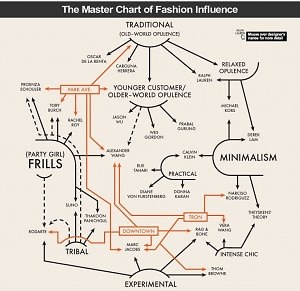 23. SXSW, where five days can seal a start up's fate. [CNET] In other SXSW news, comedians are coming this year! But where are all the female comedians in the line up? [LindsayRobertson]

24. Banksy is really taking over LA. In town to promote his Oscar nomination for "Exit through the Gift Shop," check out the latest peeing dog here: [GofGLA] And then his take-over of this billboard on Sunset Blvd titled "Livin' the Dream."[DWhat]

25. An overview of women's economic opportunities across the globe. [Joy]

26. The sad truth of what's really in your gmail account: [Someecards]

27. Take a look at what the desk of Southpark creator's Trey Parker and Matt Stone looks like. It's def the opposite of Martha Stewart's. [VanityFair] 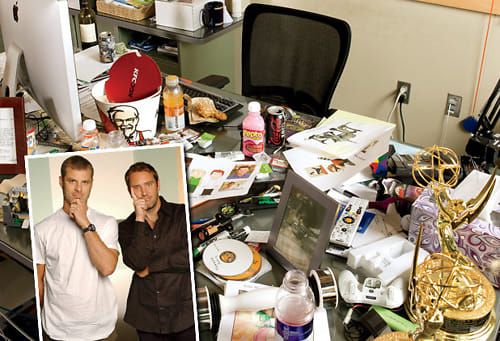 28. "The 'New York Times' Moves All Content You Won't Give A Shit About Unless You Make At Least $200K A Year Into One Convenient Section." [The Onion via BrianStelter]

29. Signs you really shouldn't stand next to. Heh. [CVXN] 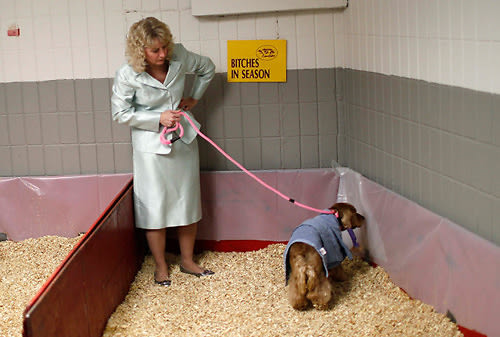 [At the 135th Westminister Dog Show in NYC]

31. "La Belle France" online. "If you are an aficionado of everything French at the highest level, you’ll want to read the travel articles on La Belle France. It is a sophisticated guide to the nation for at least 25 years. [La Belle via StandardCulture]

32. @robinsloane: "everyday, movie's expire from @Netflix, watch instantly. Sooo I used their API to make an account that warns you ahead of time." This is brilliant. [Hipsterdiet]

33. All the potholes fixed in the last month, from January 16 to February 15. The Department of Transportation just launched a Tumblog tracking fixed potholes. Watch your City at work. [YoungManhattanite]

34. "You're the best bus driver I've ever had!" Check out this MTA driver that led his bus passengers in song the other day in NYC. [NYCthe]

35. President Clinton admits that he only sent two emails during his entire presidency! [Gawker]

36. Finally, to celebrate the end of another successful Fashion Week, I will leave you with this photo titled "A Models Life in 1948" [Life] 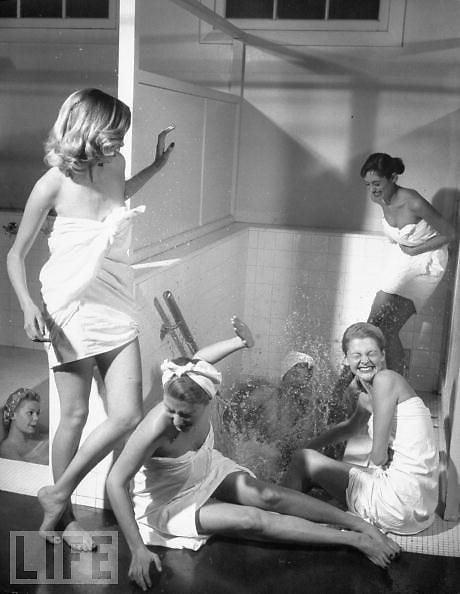 Back before modeling became a pathway for those seeking to become wealthy and powerful, back before the era of the modern supermodel, models occupied a nebulous space in America. Not quite mannequins, not quite actresses, their primary purpose was to sell clothes — not become world-renowned personalities.

Phew. That should be more than enough to take you through the long President's Day weekend. I will be skiing and will see you all back here on Tuesday! Follow me on twitter here: @rachellehruska, or email me ideas for Tuesday's list here: Rachelle@guestofaguest.com!