From the "Die-Later Diet" (no, it's not Sheen's), to things making comebacks (virginity!), today's list is really fun. Can you spot the art made by the expert, and the one made by the monkey? Also, a super sweet Friday send off!

1. In honor of the Armory Art Week. Today's top story is one that may or may not upset people. Boston University researchers found that 1 in 3 ART STUDENTS can't tell famous paintings from paintings by monkeys. Can you? (Which one is the "valuable" piece of the two below?) [Gawker] 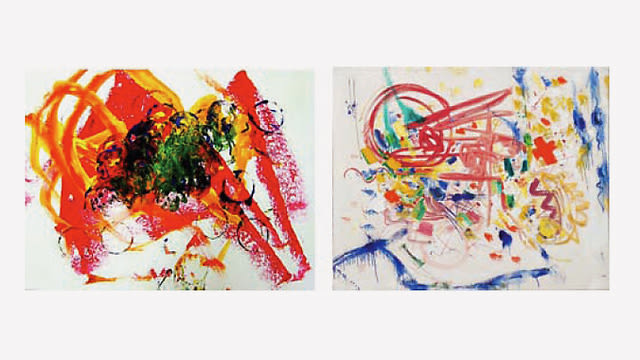 2. How to survive Armory Week. This detailed map of what's going on this weekend from 20x200. [Artfagcity]

3. The 30 year mortgage may fade into history. With the decline of Fannie Mae and Freddie Mac, the Times says "The 30-year fixed-rate mortgage loan, the steady favorite of American borrowers since the 1950s, could become a luxury product, housing experts on both sides of the political aisle say." Yikes. [NYT]

4. I am very excited to play around with Ditto! app. It's the latest "what are you up to?" type mobile company and has everyone (even Foursquare's Dennis Crowley) interested. Will they be a hit at SXSW? [Ditto.me]

5. Here's a great read on why the U.S. needs to keep a low profile in Libya. [Politico]

6. I am DYING to read our friend Vanessa Grigoriadis' piece on 4chan in Vanity Fair. "Are the “hacktivists” who congregate on 4chan.org a growing Internet force—the one that crashed Visa’s and MasterCard’s sites—or just kids with issues?" It's not up online yet, but expect it to go viral when it is. [VF]

7. Brandon Davies is a  BYU basketball player that, after admitting he had violated the Mormon school's honor code by having sex before marriage (with his girlfriend), was suspended from the game. [LAtimes]

8. P.S. I made this" is the latest site I'm OBSESSED with. And, judging from founder Erica Domesek's about us page, everyone in the world knew about it except me for awhile. Alas, Leandra Medine, aka the Man Repeller, was just on the site making DIY suspenders. I can't wait to make this: 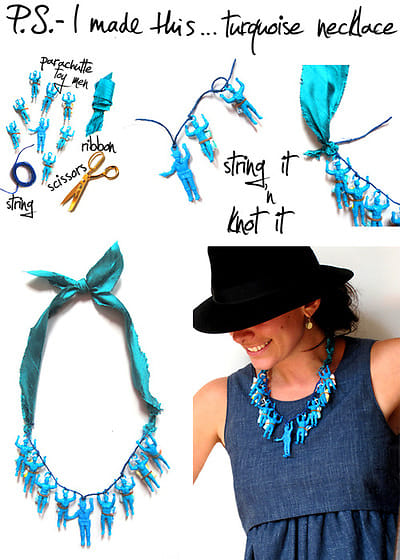 9. "This is what stupid ass Taylor Momsen wears while getting a cup of coffee." Ew. [Frangry]

10. In other fashion news, I'm also obsessed with Rick Owens and his wife, Michele Lamy. Our summer visit to Paris landed us as guests in their incredibly chic house/work space. I was ecstatic to catch these shots from his latest show at Paris FW, up yesterday at [Purple DIARY] 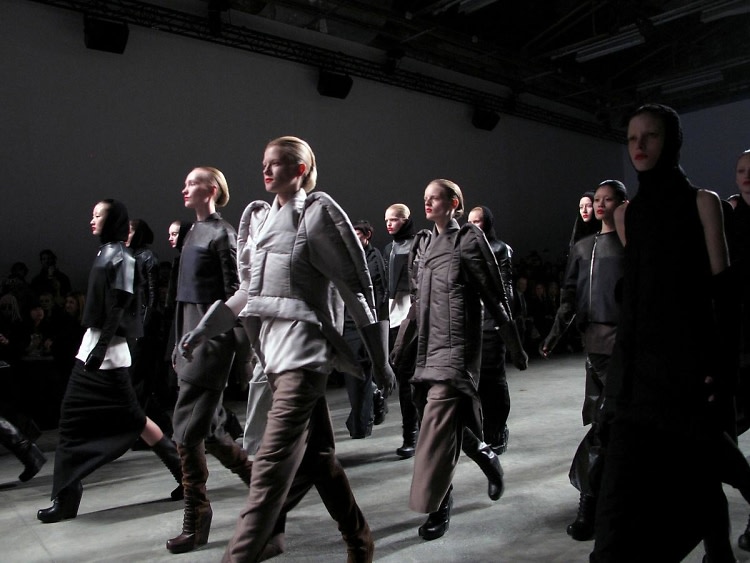 11. Meanwhile, in Paris, the Dior show today went on as planned...without John Galliano. After nonstop speculation on how the house would handle the show, chief executive Sidney Toledano appeared on the runway at the start of the show and addressed the latest issues. At the end, the entire Dior team came out together from backstage. [CathyHorn]

Check out Kyle Hotchkiss-Carone's car, whit was caught in the middle of the protester/police clash outside the Dior show. [Twitter]

12. Anna Holmes has a great read on Charlie Sheen and domestic violence, titled "The Disposable Woman" in the [NYT]

14. The Die-Later Diet. Meet the billionaire who is planning his 125th birthday. David Murdock is 87 and a "robust specimen." He is going to defy the odds and sees no reason why he won't live to 125, providing he continues eating the way he has for the last quarter century: with a methodical, messianic correctness that he believes can, and will, ward off major disease and minor ailment alike. I am so into David's "die-later diet" in the [NYT]

15. James Franco left Hollywood directly after hosting Sunday night's Oscars. He was in class at Yale at 9am Monday morning. [NYT]

16. How to make money in 6 easy steps. Entrepreneur Jason Fried offers the most fundamental of all small-business advice: how to get good at making money. [Inc.]

17. The laughing baby. This 8-month-old baby laughed hysterically as his stay at-home daddy ripped up a job rejection letter. EVERYONE laughed along with him. Now, they got a spot on the TODAY show. We hope a job for Dad follows...

18. Ashton Kutcher's Twitter account was hijacked at TED2011 by a fellow attendee who took advantage of Kutcher's total lack of security. [TDW]

19. The blind man who taught himself to see. Incredible! [Men'sJournal] 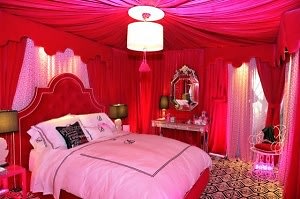 21. The world's craziest pop culture inspired-homes. From the Flinstone's house to Barbie's bedroom (left). Uh, anyone else think this real life Barbie Bedroom designer was on some Charlie Sheen drug while decorating? [Flavorwire]

22. Why are "Bloggers and Journalists" still distinct roles? @jayrosen_nyu says it's because the two sides like it that way. [@patkiernan]

23. @MayorEmanuel (Dan Sinker) meets the real @RahmEmanuel. This photo is all kinds of right. [Neighborhoodr!]

24. I love this photo of designer Diane von Furstenberg at Studio 54 in 1978. She's gorgeous! [DailyBeast] 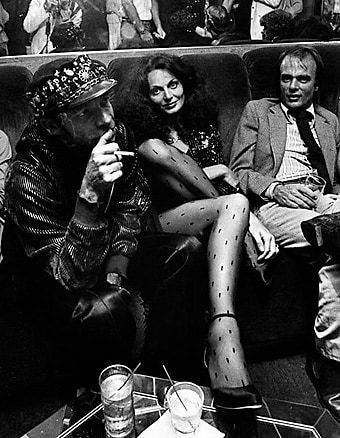 25. The average drug store contains 55 floss alternatives and more than 350 kinds of toothpaste. Jonah Lehrer examines "Why easy decisions are so hard." [Wired]

27. Virginity's making a comeback. So are goth and PBR (again). Just kidding about the last two, I made those up (though I could be right?). [MSNBC]

28. Mike Huckabee is on clean-up duty after announcing on radio that he believed Natalie Portman is corrupting America by having been "visibly pregnant" at the Oscars without being married. [BI]

29. Ok. Because it's Friday, and because I managed to go through this entire list and only referenced Charlie Sheen once (now):

(and, there are so many other amazing Sheen things out there it was tres difficult), I will leave you with this (teehee):

"What do you want? WAFFLES?" [barelysarcasm]

Well, that's all for me today. Do you have something for Monday's Reading List? Email me: Rachelle@guestofaguest.com!