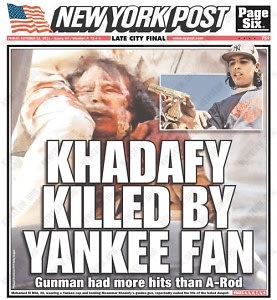 1. Moammar Gaddafi Dead. The death of Liyan leader, Moammar Gaddafi, was the leading news item across the world today. Wanna know what his last words were? “Do you know right from wrong?” [WaPo]

More: Footage that emerged yesterday of Moammar Gaddafi’s final hours shows a crowd of fighters gathered around the bleeding, balding strongman, who they shove on to the hood of a pickup truck, and then drive down the street in a parade of their victory. Gaddafi, who had been dragged from a drainage pipe, begs for his life as he struggles against them, stumbling, and according to a translation by Britain’s Sky News, yells at the fighters: “What you are doing is not allowed in Islamic law,” and then, his last words: “Do you know right from wrong?”

Go HERE to see the very disturbing footage from the death of Gaddafi before his death. The photo above was how the Post choose to report the news [PatsPapers] Below, how Gaddafi Died by the Daily: 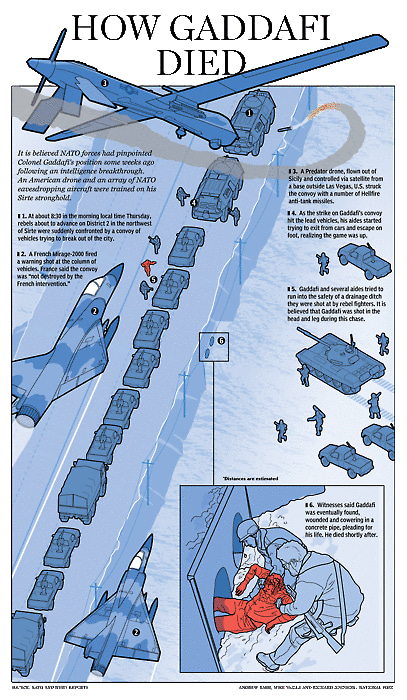